What is clinical inertia?

It’s often hard for people to change what they’re doing. “Inertia” is a term for this. Clinical inertia is when medical treatment isn’t adjusted (for example increasing a drug dosage or adding another drug) even when there’s clear evidence that a condition isn’t being adequately treated. Inertia is easiest to see when there are specific, concrete treatment goals, for example blood pressure being below a target level. In diabetes care, a common, tangible goal is a hemoglobin A1c measurement below 7%. This target is often recommended by diabetes specialists.

What did this study find?

A recent study found high rates of clinical inertia among people with type 2 diabetes mellitus (T2DM) being treated at one medical center. The study reviewed medical records of 7,389 diabetic patients who had hemoglobin A1c levels done after being on the same oral antihyperglycemic drugs for at least 6 months. The study looked to see whether treatment was intensified in those whose hemoglobin A1c was above the target level of 7%. The study found that more than 60 percent of the people who were above the target level were not prescribed additional medications. And over one quarter of people whose A1c levels were very elevated were not given additional medications.

Was it really clinical inertia?

Now it’s possible that in some cases there were legitimate reasons why no additional treatment was seen in the records. It could simply be that additional treatment was ordered—but by another doctor at a different center. Or it could be that doctors discussed adding treatments but the person thought they couldn’t afford them or they were too unpleasant (such as using an injectable medicine). Also, some people are exceptions to the rule. Because a low hemoglobin A1c level is helpful only in the long term, people who are very ill and near the end of life aren’t likely to benefit from aggressive efforts to lower their blood sugar, whereas they are at risk of complications, such as a dangerously low blood sugar (hypoglycemia).

However, the doctors who did this study didn’t think that reasons like these could account for the majority of people who appeared to need more treatment and didn't seem to get it. They thought it often was clinical inertia—doctors saw their patients were above the target level and did not take action.

As we said, it can be hard to change. Intensifying diabetes treatment isn’t always easy. It can require adding several oral and/or injected medications, more frequent fingerstick glucose monitoring, and significant lifestyle changes. More teaching is usually required, especially when injections are involved. And expense is often a consideration, even for people who have health insurance. Thus there are many reasons why people may be reluctant to take on additional management steps and why their doctors may be reluctant to ask it of them.

Also, the many new medications have increased the complexity of diabetes management. Doctors are finding it harder to schedule enough time in follow up visits to do the necessary teaching and address the person’s concerns and questions. And some primary care doctors do not feel as comfortable with treatment escalation, meaning that more people may have to be referred to a specialist for care. However, depending on the area in which a person lives, it may be difficult to find a specialist or get a prompt appointment.

When should people expect their diabetes treatment to change?

As with most things in life, it’s important to have a plan. With diabetes, people should discuss with their doctor what the appropriate targets are for them, taking into account all the factors we’ve mentioned, including willingness to do more fingersticks and use injections, ability to afford treatment, and long-term health prospects. Then once a target is agreed upon, both doctor and patient should make sure the targets are being monitored and acted upon. People should be aware of their blood glucose and A1c levels and targets and be sure to ask their doctor about their plan when targets aren’t met. 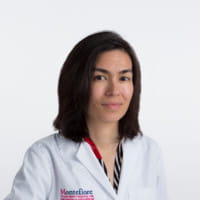