Commentary—Does Statin Use Protect Against Death From Prostate Cancer?

In 2020, our best defense against dying from prostate cancer remains screening. Screening has the advantage of finding aggressive cancers early—when they might be cured. However, because screening tests are positive in many men who do not have cancer and because some prostate cancers grow so slowly that they may not require treatment, experts disagree about whether and when screening is helpful. 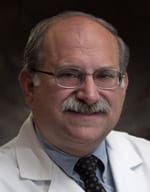