Most people who are stung by insects will suffer a mild local reaction. However in the few fatal allergic reactions, about half die within as little as 30 minutes of being stung. For these patients, swift and effective medical intervention can be the difference between life and death. Physicians must take an aggressive approach to identifying and treating generalized allergic reactions to stings.

Reactions to insect stings are typically divided into:

Toxins in venom cause immediate burning pain, erythema, swelling and subsequent itching. The reaction may peak within a few hours or worsen over a day or two. Many patients treat these symptoms on their own—often with a range of home remedies of varying effectiveness. But as many as 1 million per year visit their local emergency department.

Symptoms of local reactions such as redness and swelling can be similar to cellulitis, and patients may visit a physician because they fear an infection after a sting. Before prescribing antibiotics, physicians should look for indicators of systemic involvement, including fever or other markers of infection, and consider the time since the sting. Pain, erythema, and swelling that worsen two or more days after a sting are more likely an indication of infection than swelling that began immediately and hasn’t worsened. If cellulitis is suspected, antibiotics should be prescribed.

However, mild allergic signs and symptoms should not be underestimated. The medical community’s perspective on anaphylaxis has evolved over the years. It is now clear that patients with less severe signs (eg, a bit of wheezing or mild urticaria) may still progress to a severe reaction. This reaction can be particularly true with children, who present less often with cardiorespiratory symptoms.

Treatment and prevention of anaphylaxis

Epinephrine is the linchpin to treating anaphylaxis. It often resolves many of the signs and symptoms and should be given immediately. Accompanying treatment should include IV fluids, antihistamines (including H1 and H2 blockers), corticosteroids and sometimes a bronchodilator.

A majority of patients with generalized reactions to stings will be admitted to the hospital. Discharge treatment should include antihistamines and a tapering course of corticosteroids. Patients should be referred to an allergist to see whether they are candidates for venom immunotherapy, which can reduce the severity and incidence of future allergic reactions.

Most importantly, patients should be given a prescription for an epinephrine auto-injector.

If patients have had an allergic reaction, physicians should have an honest and direct conversation about the risks of being stung again.

Make sure patients understand that most people who die as a result of a generalized reaction have had one in the past. What’s more, there is a correlation between the length of time between stings and the severity of the reaction. Thus, patients should make a strong effort to avoid getting stung in order to maximize the interval between stings. Physicians should stress avoidance behaviors, including not wearing bright colors or scented hairsprays and perfumes outdoors.

It’s also crucial to communicate to patients the importance of being prepared in the case of future stings. Patients should receive detailed instructions about using their epinephrine auto-injector, both from their physician when it’s prescribed and from their pharmacist when it’s picked up. Here are three important points to cover:

For additional information and education, physicians can refer patients to the consumer version of the Manuals page on bee, wasp, hornet, and ant stings. 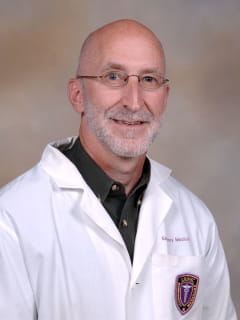