Two kids race toward a soccer ball flying high above their heads. As the ball falls, both players jump for it, and their heads collide in mid-air. As they both struggle back to their feet, coaches and parents rush the field, immediately looking for the telltale signs of concussion.

Similar scenarios will play out on soccer fields, hockey rinks and football fields across the country this fall. Yet the fact of the matter is, not everything you’ve heard about spotting symptoms and treating concussions reflects the most up-to-date medical thinking.

In the moments after a traumatic head injury, you want to base your decisions on accurate information, not old wives’ tales. Here are five of the most common myths surrounding concussions along with the latest thinking on how to best detect and treat head injuries.


Myth #1. A concussion always causes a loss of consciousness.

The whole truth: A concussion is generally understood to be the temporary damaging of brain cells, which alters mental functions or levels of awareness and often results in losing consciousness. But many people don’t realize you can have a concussion without passing out. People also believe every person who suffers a concussion vomits as a result of the injury. This is also not true. Vomiting may be a sign of a more severe concussion, but it doesn’t happen in every instance. A child that doesn’t display these signs after a rough hit on the field may still have suffered a sports-related concussion.

Myth #2. It’s dangerous to sleep after suffering a concussion.

The whole truth: This myth developed because doctors encouraged family members to wake up people with concussions every few hours to make sure their condition hadn’t changed. Today, this practice is less common, but the sentiment has stuck. In general, if injured people have received medical attention and are following a doctor’s instructions, it’s not necessary to disturb them every few hours. The lack of sleep could actually make headaches and other symptoms worse the next day.

Myth #3. Concussions are always caused by a hit to the head.

The whole truth: A direct blow to the head may increase the likelihood of a traumatic brain injury, but you do not have to be struck to suffer a concussion. Rotational forces like whiplash and other movements can cause also a concussion, which is why helmets aren’t a guaranteed protection from concussion.

Doctors and researchers have also recently put more emphasis on looking into sub-concussive trauma, another form of traumatic brain injury not caused by direct impact. It’s likely former NFL star Mike Webster developed chronic traumatic encephalopathy  sub-concussive trauma caused by butting heads with other players countless times over his 17-year career, even though he may have never suffered a significant concussion.

Myth #4. Medical tests can reveal when the brain is back to normal after a concussion.

The whole truth: Magnetic resonance imaging (MRI) and computed tomography (CT) are good at finding severe injuries such as bleeding in and around the brain. However, these tests can’t definitively determine whether a concussion has occurred or when the brain is back to normal. Instead, doctors rely on patients being honest about how they feel, something that doesn’t always happen, especially when individuals are anxious to get back to playing a sport or another physical activity.

A majority of the time, it takes about a week to 10 days for the brain to return to normal. Importantly, there is a twofold increased risk of another concussion during this recovery time. Even a relatively minor second injury can lead to second impact syndrome. This rare condition can occur when individuals are allowed to return to sports before they’re fully healed and may lead to disability or death.

More and more doctors are recommending that student athletes take a baseline test of cognitive function before their sports season begins. One such test is the imPACT® test, which is   a series of eight computer-based psychological tests. That way, if an athlete does suffer a head injury, doctors can re-administer the test to see whether the injury caused any cognitive effects. These tests are a better way to determine when someone’s brain has returned to normal.

Myth #5. Football is responsible for a vast majority of concussions.

The whole truth: Although many concussions do indeed occur on the football field and the risks of concussions in the sport have made headlines recently, there are plenty of other activities that present a serious risk of concussion for children, including cheerleading, soccer, and hockey. Biking accidents and playground falls are other common causes of concussions in children. In fact, among the entire U.S. population, the Centers for Disease Control and Prevention (CDC) reports that falls account for nearly 41 percent of traumatic brain injuries. Falls disproportionately affected the youngest and oldest age groups.

The best defense against concussions

If you want to protect yourself and your family from the effects of concussions, there’s one thing you should do above all else: Be honest with your doctor and follow his or her advice. When children return to a sport after suffering a concussion, they should be completely free of lingering symptoms. Doctors can’t test for this. They have to rely on patients to provide an honest assessment of how they’re feeling after a concussion.

Doctors will often recommend a graduated return to play schedule, a four- or five-day process that slowly reintroduces physical activity for the concussion patient. Kids can only advance to a more strenuous level of physical activity once they have no symptoms doing easier exercises. Sticking to these guidelines ensures that your child is healthy and ready to get back to enjoying the sport. 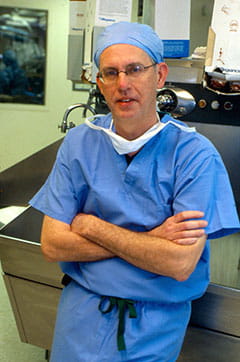