Commentary—Gene Therapy: Have We Reached the Holy Grail?

A recent news report stated that doctors were able to do “gene therapy” on a boy with sickle cell disease. This therapy treated his symptoms and, although is still experimental, would almost be considered a cure if it works in other patients, as well.

What are genes and why do they need therapy?

Genes are the code, or blueprint, of the complete set of instructions on how your body is  built and functions. Every cell in your body has its own copy of all of your thousands of different genes. The genes tell each cell  what to do, including what building blocks to make, when to grow, and when to stop growing. Without genes, your body wouldn’t be able to function.

Genes are long strings of DNA molecules that act like the code for a computer program or, for example, a recipe for a meal. That is, they are a complicated set of instructions that must all be done in the right  order.

When everything goes according to plan, each cell makes the right building blocks and your body functions normally. However, sometimes there is an error in one of your genes, just like a recipe that was missing a step or a typo in a line of computer code. Even a small error may cause a big problem for a recipe—or your cells.

Genes sometimes develop errors when they are damaged by things like radiation and dangerous chemicals. Other times, people inherit genes with errors from their parents. For example, in sickle cell disease, babies are born with an error in one of the genes that makes hemoglobin. Hemoglobin is the protein that gives blood its red color and enables it to carry oxygen. The genetic error causes the body to make an abnormal form of hemoglobin that doesn’t work properly. Children with this type of hemoglobin (hemoglobin S) have many medical problems and a shorter life span.

Up till now, there were a limited number of treatments doctors could do for people with sickle cell disease and other genetic disorders. They could just treat their symptoms. Even when doctors knew exactly what part of the gene’s code was wrong, the genes with errors (mutated genes) would keep making the same errors because there was no way to tell them to stop. What was needed was a way to fix the mutated genes—gene therapy.

What is gene therapy?

Gene therapy aims to replace a defective gene with a copy of a correctly functioning one. This represents the “holy grail” for treating genetic diseases because it repairs the cause of the problem, not just the symptoms.

Gene therapy is very complicated. Genes are microscopic, so doctors can’t cut them out with a scalpel and replace them like they do in a liver or heart transplant. In the recent scientific report on the boy with sickle cell disease, doctors first took some blood-forming cells (stem cells) out of the boy’s bone marrow. Then in the lab, they used a virus to put a functioning copy of the sickle cell gene into these stem cells. Before the new gene had been transferred, they gave the boy a chemotherapy drug to kill the blood-forming cells in his bone marrow. When these cells with the defective gene were all gone, the doctors gave the boy back his own cells that had the new, functioning gene. After a few months, the boy had enough of these cells with the right set of instructions that they produced enough functioning hemoglobin to stop his symptoms.

Does gene therapy work, and is it safe?

So it looks like this form of gene therapy might work in sickle cell disease. And other countries have approved a few gene therapies for other genetic diseases in which the body doesn’t produce enough of a certain substance necessary for health. However, genetic disorders that cause birth defects of organs like the brain or bones and muscles probably can’t be treated the same way.

Also, gene therapy is complex and can be dangerous. In the past, a patient in the US died during a gene therapy trial. Although the one boy treated for sickle cell disease seems to be doing well, a lot more information is needed.

Doctors are very encouraged by this latest study. It shows that scientists seem to be on the right track and the results suggest that gene therapy could work in a number of inherited diseases. Gene therapy is also being studied for the treatment of some cancers and some viral infections. However, it is not yet ready to be widely used. 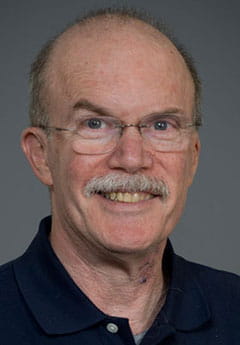