Thinking of Going Gluten-Free? 5 Things You Should Know—Commentary

Gluten, which is found in foods like wheat, barley, rye, and oats, has been the subject of much debate in the health community. In recent years, a gluten-free diet has become all the rage as people look for new dietary solutions to feeling tired or bloated. In fact, a Gallup poll found that about one in five Americans say they are trying to include gluten-free foods in their diet.

Lots of people have stripped gluten out of their diet and say it’s helped curb irritable bowel syndrome and stomach issues like diarrhea and constipation, while others say it helps with fatigue, joint pain, and brain fog. According to a recent Harris Poll conducted on behalf of the Merck Manuals, 35% of people with digestive discomfort say they’ve made changes to their diet to reduce the discomfort. In small studies, going gluten-free has been shown to improve gut conditions, and more patients join the bandwagon every day.

Others point to the fact that we’ve depended on gluten as a staple in our diets for thousands of years, and only a very small portion of the population has a true gluten intolerance such as celiac disease. What’s more, doctors and researchers still haven’t found a direct connection between a gluten-free diet and some of the perceived benefits.

If you’re curious about taking the gluten-free plunge, there are a few things you should know first.

1. You MUST talk to your doctor before cutting out gluten

If you’re considering dropping gluten from your diet, it is essential that you speak with your doctor first, especially if you think you may have celiac disease – a potentially life-threatening hereditary intolerance to gluten that can cause diarrhea, undernutrition, and weight loss. The reason is simple: it becomes a lot more difficult for your doctor to test for celiac disease once you have eliminated gluten from your system. This is a crucial step that cannot be overlooked, yet only 36% of people said they would get tested for food intolerances or allergies before eliminating food from their diet, according to the same Harris Poll.

On top of that, it’s a good idea to check with a doctor before considering any elimination diet or significant change to your eating and health habits. If you don’t have celiac disease, your physician may spot other causes for your symptoms or suggest less drastic treatment measures or a different diet, such as eliminating lactose or the FODMAP diet.

2. Celiac disease is on the rise, but is still outpaced by gluten-free diets

Despite the growing popularity of the gluten-free aisle in the grocery store, not everyone avoiding gluten has celiac disease. In fact, the prevalence of celiac disease is not quite 1% in the US.  It used to be seen more in children, but it is now being diagnosed more in adults as well. If someone in your family has the autoimmune disease, you run a higher risk of having it. About 10 to 20% of close relatives of people with celiac are also affected. Yet some of these people are identified only by blood tests and might not have any symptoms from the disorder.

However, celiac is in fact becoming slightly more common around the world. A study from the Mayo Clinic examining blood samples found the prevalence of celiac disease increased four-fold between the 1950s and 2009.

A gluten-free diet may not be the best diet for weight loss. Some studies have shown many people end up gaining weight when they cut out wheat. The gluten-free section of your neighborhood grocery store has likely gotten a lot more interesting in the last few years, but many of those foods are heavily processed and pack a lot of calories.

A better bet is to skip the gluten-free aisle and stick to the perimeter of the grocery store. Stock up on naturally gluten-free and healthy fruits and veggies as well as lean meats and fish.

4. You may need to take supplementary vitamins

Lots of wheat products are fortified with folic acid (a B vitamin) and other vitamins and minerals. If you do opt to go gluten-free, make sure you’re getting enough B vitamins and iron.

It’s also important to make sure your gluten-free diet isn’t adding harmful elements to your body. One recent study found a rise in arsenic and mercury levels in individuals eating gluten-free diets, possibly due to increased rice or rice flour consumption. It’s one more reason to stay in touch with your doctor.

5. A food journal is an easy and effective tool

Before you start making drastic changes to your diet, it’s worth keeping a food journal for a few weeks. Make a note of everything you eat and how you feel throughout the day. You can then show the diary to your doctor, who can add some insight into what foods may be worth trying to cut out.

If you’re still thinking of going gluten-free or trying another elimination diet, keeping a doctor in the loop is so crucial. Not only will your physician be able to help determine the source of your issues, they can make sure you’re staying healthy while you find a diet that works for you. 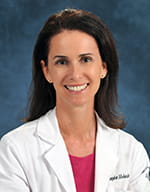