Commentary—Is it Necessary for All People to Decrease Their Salt Intake?

A recent news article reported the results of a 16-year study in more than 2,600 people. These people did not have high blood pressure at the beginning of the study, and researchers monitored them to evaluate the long-term effect of dietary salt intake on blood pressure. Contrary to most doctors’ expectations, researchers found an inverse relationship between salt intake and blood pressure. In other words, the less salt people ate, the higher their blood pressure was.

Are these findings really surprising? Not really. The key is that there is a difference between treating people who have high blood pressure and preventing it.

Scientists have clearly proven that people with high blood pressure need to restrict their intake of salt to less than 2,300 milligrams per day. Salt restriction is needed, in part, because salt decreases the effectiveness of the drugs commonly prescribed to help decrease blood pressure.

In people with normal blood pressure, the need to restrict salt intake is less clear. Some studies seem to suggest that keeping salt intake low helps prevent the development of high blood pressure, but the studies are not definitive. Some of the most widely quoted studies examined people under carefully controlled conditions, but these conditions don’t match what happens in real life, so those results cannot be extended.

Many countries in which salt intake is much higher than it is in the United States have implemented regulations regarding the salt content of processed foods and have experienced decreased rates of death due to heart disease. It is unclear whether this decrease is because of a reduction in salt intake among people who already have high blood pressure or are at risk for it, or whether people with normal blood pressure benefited as well.

So, what is the right amount of salt?

The message is clear that it’s not a good idea to take anything to extremes. Thus, it’s not sensible to ignore the salt content of food and eat 5 to 6 grams or more of salt per day, and it’s also not necessary to restrict salt intake to less than 1 gram. As in all things in life, a compromise is in order. Because it has not been proved that people with normal blood pressure benefit from decreasing salt intake, it is reasonable for such people to eat a diet that contains moderate amounts of salt (about 3 to 4 grams per day) and have their blood pressure monitored by their doctors. But for people who have high blood pressure, the studies are clear. Reducing salt intake to about 2,300 milligrams per day is necessary to help achieve blood pressure control. 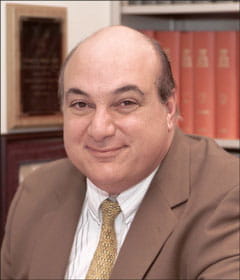