During pregnancy, the umbilical cord connects the fetus to the placenta, allowing nutrient-rich blood to pass from the mother to the fetus. After birth, the newborn no longer needs that connection, so doctors put clamps on the cord and then cut it right after birth.

Although you might think that more blood is always better, too much blood could possibly overload the newborn’s circulation, particularly in premature infants who are smaller and less developed. Also, taking an extra minute or two to deal with the umbilical cord might delay doctors from resuscitating babies who were in trouble. Some earlier studies had suggested that premature infants who had delayed clamping did in fact have more complications.

A recent study in the New England Journal of Medicine examined the question of safety of delayed cord clamping. Researchers randomly assigned premature newborns to two groups. In one group, the umbilical cord was clamped immediately after birth. It the second group, researchers waited before clamping the cord. Researchers checked whether the delay in clamping the cord affected the number of deaths or serious problems in these infants.

There was no statistically significant difference in the rates of death or serious problems between the two groups, and now the American College Obstetricians and Gynecologists and the American Academy of Pediatrics both recommend delaying cord clamping in premature newborns. It appears doctors can be more confident in recommending delay in cord clamping. However, studies are still needed to determine the appropriate amount of time to delay clamping.

What about infants who are full-term?

Delayed cord clamping is permissible for term infants, and more hospitals are recommending the procedure.  Research has found that these infants are less likely to develop iron deficiency anemia (and less iron deficiency anemia improves neurodevelopment), but they may be at higher risk for jaundice. Research is continuing in term infants. Milking the cord is not a common procedure for healthy term infants. This procedure is typically done when the medical team wants the benefits of delayed cord clamping but, for individual reasons for the infant, cannot wait for the 1 to 2 minutes to allow it to occur. 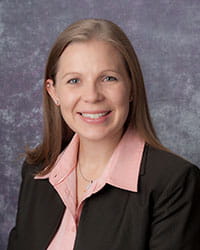