Saving Lives by Stopping Bleeding: The Use of Military Style Tourniquets in Children—Commentary

May is national “Stop the Bleed” month. Motivated by the 2012 tragedy in Sandy Hook and multiple tragedies that have occurred in the ensuing years, what has become known as the Hartford Consensus was convened to bring together leaders from law enforcement, the federal government, and the medical community to improve survivability from man-made or natural mass casualty events. The participants of the Hartford Consensus concluded that by providing law enforcement and civilian bystanders the basic skills and tools to stop uncontrolled bleeding from the arms or legs (extremities) in an emergency situation, before emergency medical services (EMS) arrive, lives could be saved. The American College of Surgeons Committee on Trauma is leading the “Stop the Bleed” effort to save lives by teaching the civilian population to provide vital initial response to uncontrolled bleeding in emergency situations. This is being accomplished by the development of a comprehensive and sustainable bleeding control education and information program targeted to civilians. This brief, practical instruction course has already been taken by over 640,000 people, and classes are widely available in the USA (see www.bleedingcontrol.org).

One of the mainstays of the “Stop the Bleed” program is the early use of tourniquets for extremity bleeding. Once viewed as ineffective and even dangerous, tourniquets have basically undergone a renaissance in the last 15 years based on extensive experience from the US military documenting their effectiveness and safety. Given the recent rash of school shootings, one concern raised is the use of tourniquets in children. Medical practitioners' experience is almost exclusively in adults, for whom the tourniquets were designed. A recent study, published on-line in the journal Pediatrics, used tourniquets, designed for adults, in school-aged children (6 to 16 years-old) and found them to be effective in occluding blood flow to both upper and lower extremities. Although this study was performed in a learning environment and not field-tested, it does provide reasonable assurance that tourniquet use in the pediatric population (6 to 16 years-old) should be effective in preventing life-threatening extremity hemorrhage. 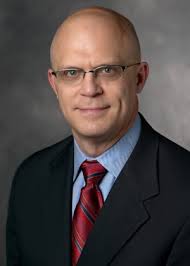