A New Treatment for Severe Depression—Commentary

Doctors have long recognized that small doses of the anesthetic ketamine provide relief of symptoms of depression in people whose depression has not responded to other drugs. Researchers had several reasons to want to investigate this phenomenon. First, ketamine causes its full antidepressant effects within 4 hours, in contrast to the weeks that conventional antidepressants need. This rapid response could be a particular advantage in the treatment of people who are at risk of suicide. Second, ketamine works on a different part of the brain than other antidepressants. That means there is a theoretical reason to think that it might work in people in whom other antidepressants do not.

The FDA has recently approved a chemical closely related to ketamine for the treatment of treatment-resistant depression. The drug, called esketamine, is given intranasally. Side effects usually last for only 1 to 2 hours following administration. Such effects include feelings of unreality (derealization), increases in blood pressure, nausea, and vomiting.

Although the rapid action and brief period of side effects are favorable, the new antidepressant also has characteristics that may limit its usefulness. First, the antidepressant effects of a single dose largely disappear over 1 to 2 weeks, and even a series of treatments, typically given twice weekly, is followed by high relapse rates when treatments are stopped. Intervals between treatments will need to be carefully adjusted. Also, because ketamine is a drug that sometimes is abused, esketamine must be administered in a doctor’s office or clinic. 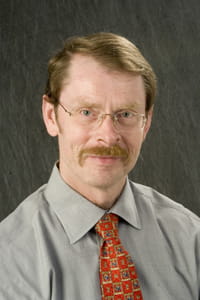