Commentary—Detecting and Treating Glaucoma: Top 3 Reasons to Get an Eye Exam

Half the people who suffer from glaucoma don’t know they have it. That’s a scary thought, especially considering glaucoma is the second-leading cause of blindness in the United States and around the world.

Glaucoma is defined as progressive optic nerve damage (often, but not always, associated with increased eye pressure) that leads to irreversible loss of vision. Think of your eye as a sink. When working normally, fluid enters the sink and exits via a drain. If the drain is blocked, fluid becomes trapped, resulting in a buildup of pressure. When fluid becomes trapped in the eye, that buildup damages the optic nerve, which carries information from your eye to your brain. That damage is called glaucoma.

It’s a complex condition, and there’s a lot for people to understand about their risks of developing it and what potential treatments may entail. Fortunately, there’s an easy way to learn more about your risk for developing glaucoma and to determine if you may already have it—get regular eye exams.

Here are the top three reasons to get a routine eye exam and be proactive about glaucoma and your vision health.

Reason #1 - There are No Early Symptoms of Glaucoma

Open-angle glaucoma (the most common type of glaucoma) is painless and causes no early symptoms. That’s why half of the people who have it don’t realize it. In that way, glaucoma is like high blood pressure. There are no outward symptoms early on. Unless you get regular testing, you won’t know you have it until significant damage has been done.

As damage increases, individuals with glaucoma will begin to experience loss of peripheral vision and related symptoms. Many people first notice these symptoms when reading. They’re able to read across a line, but when they go to begin the next line, they lose their place. As symptoms progress, they’ll find words are missing entirely. Late-stage glaucoma sufferers complain of cloudiness or steaminess in their vision.

Different people have different thresholds for how much pressure inside the eye it takes to cause damage to the optic nerve. Many patients with elevated pressure do not develop glaucoma in the first 10 years. At the same time, one-third of people who suffer from glaucoma have what may be considered normal eye pressure.

One reason for this discrepancy is genetics. There are several genetic factors that cause sensitivity at the optic nerve. That’s why approximately 60% of people with glaucoma have other family members who are affected. In fact, family history is the second leading risk factor in developing glaucoma, after age. Other risk factors include high blood pressure, significant near-sightedness and diabetes. However, there are more than 40 kinds of glaucoma, each with its own specific risks and contributing factors.

Reason #3 - Damage from Glaucoma Is Permanent

As of 2020, there is no cure for glaucoma. What’s more, there’s no way to reverse the damage that has already been done. All of the research points to early detection as the best way to improve prognosis. The earlier an eye doctor catches the warning signs of glaucoma, the more effective treatment will be.

If not detected and treated early, glaucoma can eventually cause complete blindness. Unlike many other vision conditions, glaucoma results in total darkness in people with the most severe cases. It’s one more reason why being proactive about eye health and having regular eye exams is so critical.

How Is Glaucoma Detected at an Eye Exam?

Routine eye exams are the key to identifying several different vision issues, not just glaucoma. During the appointment, the optometrist or ophthalmologist will ask about family history and conduct an exam. If there is any reason to suspect glaucoma, the examiner will conduct a number of follow-up tests beyond just measuring eye pressure. These include an evaluation of the optic nerve, visual field testing, measurement of the corneas and a gonioscopy, which looks at the drainage angle of the eye.

These tests help determine if a person has glaucoma and what treatment may be the most effective to halt or slow its progression. The most common treatments include eye drops to lower pressure in the eye. Another option is surgery to clear or expand the drainage system of the eye.

How Often Should I See an Eye Doctor?

Generally, children and young adults should have a comprehensive eye exam every two or three years. By age 40, people should be getting an eye exam every year or two.

No matter what age you are, keeping up with routine eye exams is more than half the battle in detecting and treating glaucoma early. Refer to The Manuals page on glaucoma for more on the condition and how to prepare for a conversation with your doctor on risk factors and what to expect during an eye exam. 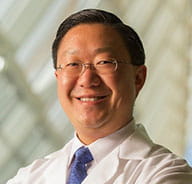