Doctors have generally advised some people (for example, people who have abnormally fast heart rhythms or palpitations) to avoid coffee and other caffeine-containing beverages; they do so because caffeine is a stimulant and therefore is theoretically able to cause abnormally fast heart rhythms. A recently published study on the association between self-reported coffee consumption and cases of rapid heart rhythms (cardiac tachyarrhythmias) found that contrary to the expectations of conventional medical wisdom, people who regularly drank coffee had slightly fewer instances of rapid heart rate than those who did not (1).

The study was thorough. Study participants were monitored over an average period of 4.5 years, and researchers controlled for many of the factors that increase risk for rapid heart rate. The study found that people who regularly drink coffee were not more likely to have abnormal heart rhythms, including atrial fibrillation and/or atrial flutter and supraventricular tachycardia. Of course, this type of study cannot prove that coffee consumption protects people from abnormal heart rhythms. Researchers were not able to control for variables such as people incorrectly reporting their coffee intake, people changing the amount of coffee they drink over time, the effects of other substances in coffee, or even whether it was the tachyarrhythmias themselves that lead people drink less coffee. On the other hand, a randomized clinical trial of habitual coffee consumption is unlikely to ever be done, so studies like this one are the best that doctors have to guide recommendations.

Other studies have also failed to show that coffee predisposes people to tachyarrhythmias. In addition, this study adds to an additional type of evidence only recently studied. The researchers also tried to determine whether genetic factors that influence how the body processes caffeine influenced whether coffee intake increased the rate of heart rhythm abnormalities. The researchers found no relation between these genetic factors and rhythm abnormalities. 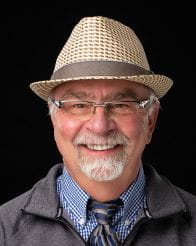