Commentary: 4 Things Patients and Loved Ones Should Know About Eating Disorders

1. An eating disorder is not a choice

Eating disorders are biological conditions that involve a disturbance of eating or behavior related to eating, typically including changes in what or how much people eat and/or measures people take to prevent food from being absorbed (for example, making themselves vomit or taking a laxative). They are not a lifestyle choice, and they require treatment to address.

Anorexia nervosa — characterized by a relentless pursuit of thinness, a distorted body image, an extreme fear of obesity, and restriction of food consumption, leading to a significantly low body weight. People with anorexia nervosa restrict their intake of food, but they may also binge eat, then compensate by purging. People who have the disorder may restrict their food intake to the point where their health is harmed. Although anorexia means loss of appetite, many people with anorexia nervosa do not lose their appetite until they are very emaciated.

Avoidant/restrictive food intake disorder — characterized by eating very little food and/or avoiding eating certain foods without the concern about body shape or weight that is typical in people with anorexia nervosa or bulimia nervosa. Usually, people with this disorder are extremely picky about food and types of food. For example, they may avoid foods that are a certain color, consistency, or odor. Some people are afraid of possible adverse consequences of eating such as choking or vomiting.

Binge-eating disorder — characterized by eating unusually large amounts of food—much more than most people would eat in a similar time under similar circumstances. People feel a loss of control during and after binge eating, and are distressed by these episodes. Binge eating is not followed by purging or other attempts to compensate for the excess food eaten.

Bulimia nervosa — characterized by repeated episodes of rapidly eating large amounts of food, followed by attempting to compensate for the excess food consumed. For example, people may make themselves vomit or take laxatives.

2. Family members do not cause eating disorders

There’s an old misconception that parents and families somehow play a role in children developing eating disorders. This is not true. Families are not to blame. In fact, they can be a key part in helping treatment. There’s significant evidence that shows the best way to help teens with anorexia nervosa normalize their weight is a family-based approach.

The reality is, there’s no one cause for eating disorders. For anorexia nervosa and bulimia nervosa, research suggests genetics and biological risk factors play a role. There are also environmental factors at play. In cultures that place a high value on thinness, vulnerable individuals may be more likely to develop conditions. Societies where body shape and weight are not subject to the same focus offer a bit of protection.

3. You can’t tell someone has an eating disorder just by looking at them

Eating disorders come in all shape and sizes, and it’s not always apparent that someone is suffering just based on their weight or their looks. Anorexia nervosa is the only disorder that is classified by body weight without further definition. Binge eating is often associated with being overweight or obese, but there is no direct connection in definition or diagnosis.

Today, a large portion of the U.S. population is overweight or obese. That means that individuals suffering from an eating disorder may lose significant amounts of weight and have disturbed eating patterns before it impacts their appearance.

4. Eating disorders can — and must — be treated

People must understand that eating disorders are serious conditions that need to be addressed and treated. Anorexia nervosa is associated with the very highest mortality rates. The condition comes with a risk of suicide as well as medical complications from low body weight.

For an adult who believes they may be suffering from an eating disorder, talking to a primary care physician is an important first step. That doctor can help determine the necessary evaluations and coordinate a broader care team, including specialists and mental health professionals.

For family members, the best way to broach the subject is often to let the person know that you are concerned while reinforcing that you will support the person and help them get whatever help is needed. For parents or concerned family members of children or adolescents, a conversation with the child’s pediatrician is a good place to start. Pediatricians typically have established relationships with children and can help identify changes in weight, medical status, and even social functioning.

The most important thing for anyone suffering to know is that help is available, and family members should do everything in their power to provide support and be part of a meaningful treatment plan.

To learn more about eating disorders, visit the Manuals page or the Quick Facts page on the topic 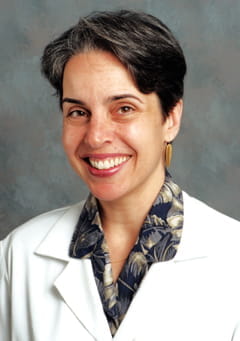