Commentary: Is That Stomach Pain Appendicitis? 3 Signs to Watch For

There’s still a lot we don’t know about the appendix.

Many medical professionals believe it’s a vestigial organ — kind of like a tail. Humans may have needed an appendix at some point in the distant past, but not anymore. Or it may help our immune system by protecting the good bacteria in our guts.

We don’t have a clear understanding of the purpose the appendix serves in our bodies today. But we know it can get inflamed and infected, leading to appendicitis.

Appendicitis is the most common cause of sudden, severe abdominal pain in the United States. More than 5% of the population will develop the condition at some point in their lives. In most cases, appendicitis is caused by blockage of the appendix, which leads to inflammation and infection. When this blockage occurs, it’s often extremely painful and requires immediate medical attention. Otherwise, there’s a risk of the appendix rupturing, which can be life-threatening.

Pain is the most common symptom of appendicitis. Unlike other kinds of stomach pain, the intense discomfort caused by appendicitis almost always comes before nausea or vomiting. In many people, particularly infants and children, the pain may be more widespread throughout the body. Pain may be less in older individuals and pregnant women. Other symptoms to watch for include fever and loss of appetite.

2. The Pain Moves from the Belly Button to the Lower Right Side

After a few hours, nausea typically passes, and the pain shifts to the lower right portion of the abdomen. This area is tender to the touch when a doctor or someone else presses it, and the pain may actually increase after that pressure is released.

3. The Pain Lasts More Than a Few Hours

If the pain lasts more than five or six hours, it’s worth visiting a healthcare professional to rule out appendicitis. If nausea, vomiting, or fever is present, go to the emergency room. If it’s just pain, calling a primary care physician is a good first step.

Most of the time, a doctor will perform a CT scan to confirm the diagnosis, but in some cases, the symptoms will be clear enough that doctors will proceed to treatment based on the patient’s description. Traditionally, surgery is recommended and generally happens quickly, within 24 to 48 hours of symptoms. The goal is to remove the appendix before it ruptures and causes further damage.

Surgery is typically laparoscopic, and it’s not a very complex operation. However, given that appendicitis is most common in adolescents and individuals in their 20s, it’s often the first major operation people undergo, and they’re understandably nervous. For a vast majority of patients, the procedure will have no complications and a quick recovery. There are no major issues living without an appendix — most people never miss it.

Recently, there’s been an increased interest in treating appendicitis with antibiotics rather than surgery. A lot of the research into the subject is still ongoing, but one study found that nearly one-third of patients who received antibiotic treatment had their appendix surgically removed within 90 days. For patients suffering from appendicitis, it’s worth talking to a doctor about antibiotics, but many physicians will still recommend surgery in most cases.

The most important thing to remember is that prolonged abdominal pain should not be ignored or tolerated. If pain lasts more than several hours, seek a health care professional to ensure it’s not appendicitis or something worse than a stomach bug.

For more about appendicitis, visit the Manuals page or the Quick Facts page on the topic 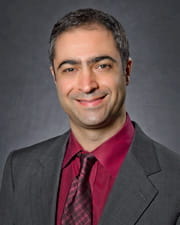