The growing interest in the consumption of raw (unpasteurized) milk parallels other health trends such as organic food and increased fruit and vegetable consumption through juicing and "whole foods." It also suggests that Americans are more engaged in their own health and are asking questions. A recent Manual news article examined a report prepared for Maryland lawmakers regarding raw milk. Due to increased public demand, the questions asked by Maryland lawmakers and studied in this report were twofold:

• Are the health benefits to drinking raw milk substantiated?
• If so, do these benefits outweigh potential risks?

In order to answer these questions, researchers identified and reviewed 1,000 scientific articles. In regard to health benefits, researchers specifically assessed the benefit of raw milk in reducing lactose intolerance and in protecting against the development of allergies. The report concluded that that there is no scientific evidence linking the consumption of raw milk to the prevention of lactose intolerance.

The evidence linking raw milk consumption to the prevention allergies was conflicting. Some studies suggested a beneficial link, but a similar number of studies did not demonstrate benefit.  The report’s authors concluded that the potential health benefits of drinking raw unpasteurized milk were not supported by the scientific literature and needed additional study.

The hazards of raw milk consumption, however, were well documented in this study. Researchers stated that people were nearly 100 times more likely to get a food-borne illness from raw unpasteurized milk than from pasteurized milk. While milk-borne outbreaks can also occur due to mishandling of pasteurized milk, 8 out of 10 outbreaks were due to consuming raw milk, and these outbreaks resulted in a higher percentage of illness and hospitalization than outbreaks not due to consuming raw milk.  Milk-borne pathogens included Salmonella, E. coli, Listeria, and Campylobacter and caused illnesses resulting in diarrhea, vomiting, and fever as well as kidney failure and death.

See Dr. Youdim's discussions of Nutrition and Obesity in the Manuals. 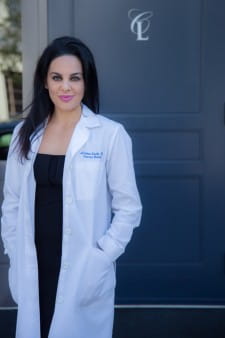