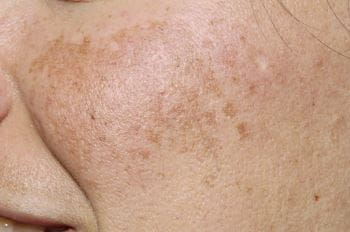 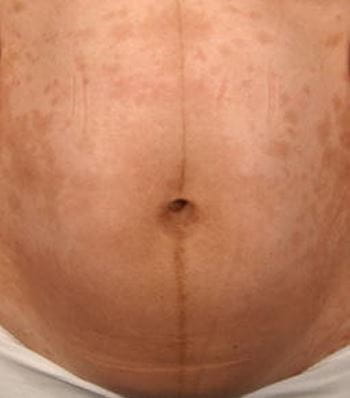 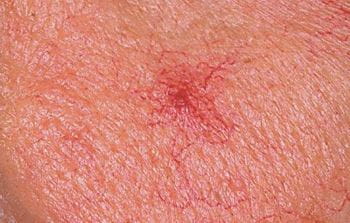 The earliest sign of pregnancy and the reason most pregnant women initially see a physician is missing a menstrual period. For sexually active women who are of reproductive age and have regular periods, a period that is ≥ 1 week late is presumptive evidence of pregnancy.

Pregnancy is considered to last

Pregnancy causes physiologic changes in all maternal organ systems; most return to normal after delivery. In general, the changes are more dramatic in multifetal than in single pregnancies.

Cardiac output (CO) increases 30 to 50%, beginning by 6 weeks gestation and peaking between 16 and 28 weeks (usually at about 24 weeks). It remains near peak levels until after 30 weeks. Then, CO becomes sensitive to body position. Positions that cause the enlarging uterus to obstruct the vena cava the most (eg, the recumbent position) cause CO to decrease the most. On average, CO usually decreases slightly from 30 weeks until labor begins. During labor, CO increases another 30%. After delivery, the uterus contracts, and CO drops rapidly to about 15 to 25% above normal, then gradually decreases (mostly over the next 3 to 4 weeks) until it reaches the prepregnancy level at about 6 weeks postpartum.

The increase in CO during pregnancy is due mainly to demands of the uteroplacental circulation; volume of the uteroplacental circulation increases markedly, and circulation within the intervillous space acts partly as an arteriovenous shunt. As the placenta and fetus develop, blood flow to the uterus must increase to about 1 L/min (20% of normal CO) at term. Increased needs of the skin (to regulate temperature) and kidneys (to excrete fetal wastes) account for some of the increased CO.

To increase CO, heart rate increases from the normal 70 to as high as 90 beats/min, and stroke volume increases. During the 2nd trimester, blood pressure (BP) usually drops (and pulse pressure widens), even though CO and renin and angiotensin levels increase, because uteroplacental circulation expands (the placental intervillous space develops) and systemic vascular resistance decreases. Resistance decreases because blood viscosity and sensitivity to angiotensin decrease. During the 3rd trimester, BP may return to normal. With twins, CO increases more and diastolic BP is lower at 20 weeks than with a single fetus.

The hyperdynamic circulation of pregnancy increases frequency of functional murmurs and accentuates heart sounds. X-ray or ECG may show the heart displaced into a horizontal position, rotating to the left, with increased transverse diameter. Premature atrial and ventricular beats are common during pregnancy. All these changes are normal and should not be erroneously diagnosed as a heart disorder; they can usually be managed with reassurance alone. However, paroxysms of atrial tachycardia occur more frequently in pregnant women and may require prophylactic digitalization or other antiarrhythmic drugs. Pregnancy does not affect the indications for or safety of cardioversion.

Total blood volume increases proportionally with cardiac output, but the increase in plasma volume is greater (close to 50%, usually by about 1600 mL for a total of 5200 mL) than that in red blood cell (RBC) mass (about 25%); thus, hemoglobin (Hb) is lowered by dilution, from about 13.3 to 12.1 g/dL. This dilutional anemia decreases blood viscosity. With twins, total maternal blood volume increases more (closer to 60%).

Iron requirements increase by a total of about 1 g during the entire pregnancy and are higher during the 2nd half of pregnancy—6 to 7 mg/day. The fetus and placenta use about 300 mg of iron, and the increased maternal RBC mass requires an additional 500 mg. Excretion accounts for 200 mg. Iron supplements are needed to prevent a further decrease in Hb levels because the amount absorbed from the diet and recruited from iron stores (average total of 300 to 500 mg) is usually insufficient to meet the demands of pregnancy.

Changes in renal function roughly parallel those in cardiac function. Glomerular filtration rate (GFR) increases 30 to 50%, peaks between 16 and 24 weeks gestation, and remains at that level until nearly term, when it may decrease slightly because uterine pressure on the vena cava often causes venous stasis in the lower extremities. Renal plasma flow increases in proportion to GFR. As a result, blood urea nitrogen (BUN) decreases, usually to < 10 mg/dL (< 3.6 mmol urea/L), and creatinine levels decrease proportionally to 0.5 to 0.7 mg/dL (44 to 62 micromole/L). Marked dilation of the ureters (hydroureter) is caused by hormonal influences (predominantly progesterone) and by backup due to pressure from the enlarged uterus on the ureters, which can also cause hydronephrosis. Postpartum, the urinary collecting system may take as long as 12 weeks to return to normal.

Mild dyspnea during exertion is common, and deep respirations are more frequent.

As pregnancy progresses, pressure from the enlarging uterus on the rectum and lower portion of the colon may cause constipation. GI motility decreases because elevated progesterone levels relax smooth muscle. Heartburn and belching are common, possibly resulting from delayed gastric emptying and gastroesophageal reflux due to relaxation of the lower esophageal sphincter and diaphragmatic hiatus. Hydrochloric acid production decreases; thus, peptic ulcer disease is uncommon during pregnancy, and preexisting ulcers often become less severe.

Incidence of gallbladder disorders increases somewhat. Pregnancy subtly affects hepatic function, especially bile transport. Routine liver function test values are normal, except for alkaline phosphatase levels, which increase progressively during the 3rd trimester and may be 2 to 3 times normal at term; the increase is due to placental production of this enzyme rather than hepatic dysfunction.

Pregnancy alters the function of most endocrine glands, partly because the placenta produces hormones and partly because most hormones circulate in protein-bound forms and protein binding increases during pregnancy.

The placenta produces the beta subunit of human chorionic gonadotropin (beta-hCG), a trophic hormone that, like follicle-stimulating and luteinizing hormones, maintains the corpus luteum and thereby prevents ovulation. Levels of estrogen and progesterone increase early during pregnancy because beta-hCG stimulates the ovaries to continuously produce them. After 9 to 10 weeks of pregnancy, the placenta itself produces large amounts of estrogen and progesterone to help maintain the pregnancy.

Increased production of corticosteroids and increased placental production of progesterone lead to insulin resistance and an increased need for insulin, as does the stress of pregnancy and possibly the increased level of human placental lactogen. Insulinase, produced by the placenta, may also increase insulin requirements, so that many women with gestational diabetes Diabetes Mellitus in Pregnancy Pregnancy aggravates preexisting type 1 (insulin-dependent) and type 2 (non–insulin-dependent) diabetes but does not appear to exacerbate diabetic retinopathy, nephropathy, or neuropathy (1)... read more develop more overt forms of diabetes Diabetes Mellitus (DM) Diabetes mellitus is impaired insulin secretion and variable degrees of peripheral insulin resistance leading to hyperglycemia. Early symptoms are related to hyperglycemia and include polydipsia... read more .

The pituitary gland enlarges by about 135% during pregnancy. The maternal plasma prolactin level increases by 10-fold. Increased prolactin is related to an increase in thyrotropin-releasing hormone production, stimulated by estrogen. The primary function of increased prolactin is to ensure lactation. The level returns to normal postpartum, even in women who breastfeed.

Increased levels of estrogens, progesterone, and MSH contribute to pigmentary changes, although exact pathogenesis is unknown. These changes include

Melasma due to pregnancy usually regresses within a year.

Incidence of spider angiomas, usually only above the waist, and of thin-walled, dilated capillaries, especially in the lower legs, increases during pregnancy.

Symptoms and Signs of Pregnancy

Pregnancy may cause breasts to be engorged because of increased levels of estrogen (primarily) and progesterone—an extension of premenstrual breast engorgement. Nausea, occasionally with vomiting, may occur because of increased secretion of estrogen and the beta subunit of human chorionic gonadotropin (beta-hCG) by syncytial cells of the placenta, beginning 10 days after fertilization (see Conception and Prenatal Development Conception and Prenatal Development For conception (fertilization), a live sperm must unite with an ovum in a fallopian tube with normally functioning epithelium. Conception occurs just after ovulation, about 14 days after a menstrual... read more ). The corpus luteum in the ovary, stimulated by beta-hCG, continues secreting large amounts of estrogen and progesterone to maintain the pregnancy. Many women become fatigued at this time, and a few women notice abdominal bloating very early.

Women usually begin to feel fetal movement between 16 and 20 weeks.

During late pregnancy, lower-extremity edema and varicose veins are common; the main cause is compression of the inferior vena cava by the enlarged uterus.

Pelvic examination findings include a softer cervix and an irregularly softened, enlarged uterus. The cervix usually becomes bluish to purple, probably because blood supply to the uterus is increased. Around 12 weeks gestation, the uterus extends above the true pelvis into the abdomen; at 20 weeks, it reaches the umbilicus; and by 36 weeks, the upper pole almost reaches the xiphoid process.

Usually urine and occasionally blood tests are used to confirm or exclude pregnancy; results are usually accurate several days before a missed menstrual period and often as early as several days after conception.

Levels of beta-hCG, which correlate with gestational age in normal pregnancies, can be used to determine whether a fetus is growing normally. The best approach is to compare 2 serum beta-hCG values, obtained 48 to 72 hours apart and measured by the same laboratory. In a normal single pregnancy, beta-hCG levels double about every 1.4 to 2.1 days during the first 60 days (7.5 weeks), then begin to decrease between 10 and 18 weeks. Regular doubling of the beta-hCG level during the 1st trimester strongly suggests normal growth.

Other accepted signs of pregnancy include the following: