Approaching the Staggering Problem of Falls in Older Adults—Commentary

The National Council on Aging has designated the first day of fall, September 23, as Falls Prevention Awareness Day. The event seeks to raise awareness about ways to protect older adults from falls and the injuries they cause.

Falls are one of the most serious and frequent medical problems facing older adults. At least a third of older people living at home will fall each year, and about 1 in 40 will be hospitalized. Repeated falls and instability commonly lead to nursing home admission. And within long-term care institutions, fall rates are even higher, averaging almost 2 falls per resident each year. Falls are more serious than bruises and maybe broken bones. In people over 65 in the United States, falls are the leading cause of accidental death and the seventh leading cause of death overall. In the United States, about three-fourths of deaths due to falls occur in people aged 65 and older. Also, of those hospitalized after a fall, nearly half will die within a year.

The problem of falls in older people is more than simply their high incidence, since young children and athletes fall more frequently than all but the frailest older people. Rather, it is a combination of a high incidence of falling together with a high likelihood of injury that makes even a relatively mild fall particularly dangerous. Older people are more likely to be injured as a result of a fall because age-related changes slow their protective reflexes, and they are more likely to have diseases (such as osteoporosis) that increase the risk of injury.

In addition, recovery from an injury sustained during a fall is often slow in older people, further increasing risk for subsequent falls through deconditioning. Even after recovering from a fall, older people may become fearful of falling again and restrict their activity to prevent another fall. Unfortunately, when people restrict their activity, they become even more deconditioned, which further increases the risk of falling.

Yet there is good news too.  The U.S. Public Health Service estimates that two thirds of deaths due to falls are potentially preventable.  In the past twenty years, numerous studies of methods of fall prevention have been published, and specific approaches to reduce falls have been identified.  Effective approaches include

Programs combining these approaches seem to have had the strongest effects. Moreover, most of these fall prevention interventions offer other benefits as well, such as improved strength, endurance, and quality of life.

In older people who are living in the community, doctors should assess the risk of falls each year. The first question doctors ask is whether the person has fallen during the past year. That is one of the best first indicators of risk. Other people who are at high risk include those with muscle weakness, problems with gait and balance, need for medical attention because of a fall, and residence in a nursing home. Other risk factors include vision problems, arthritis, depression, dementia or other mental impairments, and taking many drugs, particularly drugs that affect alertness and balance.

Doctors may suggest new glasses or the use of canes or walkers to improve stability. They may also recommend changes in the drugs the person is taking if those drugs interfere with balance. But there are also things older people and caregivers can do to help prevent falls. People can remove items that may cause a person trip such as furniture or area rugs. Older people should also try to stay as active as possible. Exercise improves a person’s strength, balance, and flexibility and reduces the risk of falls. More information on falls and fall prevention is available in the Merck Manual.

Substantial research has confirmed the clear effectiveness of fall prevention measures. The future looks bright in this area.

See Dr. Rubenstein's discussion of Falls in the Elderly in the Merck Manual. 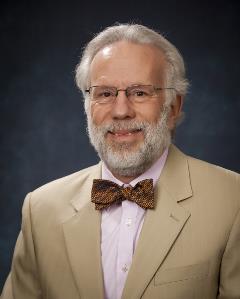