When people think of poisons, they often first think of exotic substances and devious plots—a dropper full of arsenic slipped into a bowl of soup at an aristocratic dinner party or an untraceable dose of ricin stirred into a mug of tea. In reality, a vast majority of poisonings are caused by much more common materials. That phrase “the dose makes the poison” is true. Pretty much everything, including things we need to survive like water and oxygen, become dangerous poisons with the wrong dose.

The public’s understanding of poisoning has changed and improved a lot in the last several decades, but many misconceptions still exist. These myths can be very dangerous. If you or a loved one has been exposed to a dangerous amount of a particular substance, you want to have the most accurate and up-to-date knowledge possible—every minute counts. Let’s take a closer look at five of the most common misconceptions surrounding poisons and set the record straight.

Myth #1. There’s an antidote for most poisons.

Debunked. There are only about 40 different antidotes used in clinical medicine to counteract poisonings from specific substances, and most emergency rooms only stock a portion of them. Less than about five in 100 poisoning patients receive an antidote specific to whatever they’ve been exposed to. One reason for this is that doctors don’t know what caused the poisoning and have to piece together the most likely source based on where the patient has been and what he or she may have been exposed to. But it’s also true that most poisonings, even when the type of poison is known, can be treated quite effectively without an antidote. The most important treatment for most poisonings is for doctors to treat the symptoms and complications resulting from the poisoning while the body eliminates the poison on its own.

There was a so-called universal antidote, but it is no longer used. This universal antidote, essentially activated charcoal combined with magnesium oxide and tannic acid, was meant to prevent any poison from being taken up by the body. However, studies have shown using charcoal, which does prevent some poisons from being taken up by the body, has little impact on the success of treatment, and the additional ingredients may actually interfere with the charcoal.

The good news: A carbon monoxide detector only costs about $15 at your local hardware store and goes a long way in eliminating the risk of dangerous exposure to carbon monoxide and providing peace of mind for your family.

Myth #3. Ipecac and inducing vomiting is an effective way to treat many poisonings.

Debunked. There are serious complications that come with inducing vomiting in a potential poison victim. Ipecac syrup, a medicine used to induce vomiting, is no longer recommended to be kept in households, and in fact many drug stores don’t even carry it anymore. This and other methods of inducing vomiting—like putting a finger down the throat—also have the potential for dangerous unintended consequences and do not increase the success of treatment for poisonings.

In almost all cases, the moments immediately following a poisoning are better spent calling the poison control hotline (1-800-222-1222 or calling 9-1-1, depending on the severity. In most cases, inducing vomiting is not necessary, and you risk creating more dangerous issues unrelated to the poisoning.

Myth #4. Swallowing poison is always more dangerous than absorbing it through the skin.

Debunked. Topical medications, especially pain patches, can be just as dangerous as ingested pills and are often more potent. These patches offer a huge benefit to patients who have difficulty swallowing pills or remembering to take regular doses. However, even after the recommended usage, there can be up to 75 percent of the medicine remaining on the patch. What’s more, small children may be inclined to pick up the patch, which would be difficult to spot if they put it on and even worse if they attempt to eat it.

Patches also pose a poisoning risk if they’re damaged or if they’re applied to irritated or broken skin, which can lead to faster absorption of the medication.

Oil of wintergreen, which is available in many preparations for use on the skin, can also cause poisoning similar to that of aspirin poisoning.

Myth #5. Poison control is only for life-threatening poisoning emergencies.

Debunked. Calling the American Association of Poison Control Centers (again, that number is 1-800-222-1222) is not like calling 9-1-1. You don’t need to be facing a life-threatening emergency to call. In fact, about two percent of hotline calls are about pet poisonings.

The hotline is also a useful resource for identifying unknown pills, and almost 10 percent of calls are for the pill identification service. A similar pill identifier is also available online. More than two-thirds of calls didn’t result in a trip to a doctor or emergency room.

If you suspect you or anyone else is suffering from a possible poisoning, do not hesitate to call the hotline. The call is free and confidential, and you’ll be connected directly to a poison specialist who is a registered nurse or pharmacist. The specialist will ask for information including the patient’s age, presence of symptoms, weight, health history, and details of the possible poisoning. 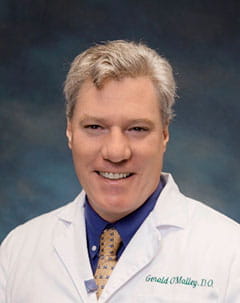