Dealing with the Progression of Alzheimer Disease: Help for Caregivers and Patients—Commentary

During November, National Alzheimer’s Disease Awareness Month and National Family Caregivers Month, the Manuals wanted to provide suggestions for people with Alzheimer disease and their caregivers.

Although the number of people with Alzheimer disease is growing, distinguishing the disease from the varied effects of aging and determining the best treatment plan remain challenging for patients and their families. For many, the first step is to understand the difference between Alzheimer disease and other forms of dementia. Dementia is not a specific disease. Dementia is a term used to describe any slow, progressive decline in mental function, like memory or language, that is significant enough to disrupt an individual’s daily activities. Dementia is an umbrella term and has many causes, such as head injury, stroke, Parkinson disease, . Although Alzheimer disease is the most common type of dementia—between 60 and 80 percent of older people with dementia have Alzheimer disease—there are many other causes of dementia that your doctor will consider.

When is it time to talk to a doctor?

As we get older, it’s not always easy to figure out which changes in memory and personality are part of the natural aging process and which are signs of a more serious issue. Age-associated memory impairment does cause some short-term memory loss and reduced learning ability, which can look a lot like the early stages of dementia. However, it doesn’t affect a person’s ability to function in daily life and is not necessarily a sign of dementia or early Alzheimer disease.

The most common warning signs of early Alzheimer disease often aren’t exclusively related to forgetfulness. Forgetting where you put your car keys and struggling to remember a person’s name are common warnings individuals and family members may pick up on, but doctors will also look for other warning signs, including:

If an individual or family member notices these issues on a regular basis, it likely is time to talk to a doctor. However, these warning signs typically develop very slowly and are very subtle at first. It’s common for individuals to not remember exactly when they started experiencing symptoms. And these warning signs vary significantly from individual to individual. It can be years before a person seeks medical treatment, which makes establishing a timeline and predicting the progression difficult for doctors.

Caregivers play a crucial role in helping people with Alzheimer disease in identifying the symptoms and then in assisting patients maintain their day-to-day lives. Caregivers are often the first to notice warning signs such as memory loss and social isolation and may be the ones to push for the first doctor visit. Once treatment has begun, caregivers can be more accurate and objective in describing symptoms to doctors and implementing treatment strategies.

As the disease progresses, caregivers should work to maintain the person’s normal daily functions as much as possible—household chores, social interactions, and physical activities are especially important. In the relatively early stages of Alzheimer disease, caregivers should encourage patients to continue the activities they’re capable of. But the caregiver also needs to monitor when these activities may become dangerous to the affected person or to others and increase supervision as necessary.

Driving is one area where finding the balance between continuing daily activities and keeping the person safe is often particularly contentious. People with Alzheimer disease are often reluctant to stop driving and feel trapped without the ability to travel. Nevertheless, as symptoms of Alzheimer disease become more serious, caregivers may have to take away a person’s car keys.

Who cares for the caregiver?

In most cases, there comes a time when the person begins to challenge the caregiver and stops following instructions. As the person’s behavior changes, caregivers must constantly shift their strategies and expectations. It’s no easy feat. When a person with Alzheimer disease is especially upset or confused, often the best approach is to relent enough to let the person calm down, then redirect the behavior later. It’s important to remember that the person’s condition is clouding their true intentions, so no one can really win the argument.

The physical and emotional impact of caring for a loved one who is struggling with Alzheimer disease can be overwhelming. Many doctors’ offices have social workers available to talk to caregivers and direct them to additional resources and support. Resources are also available online, like the services offered by Alzheimer’s Disease International and Alzheimer’s Association.The importance of those services cannot be overstated. As more people reach old age and some start to suffer from dementia and Alzheimer disease, providing support for the essential caregivers will be increasingly important. 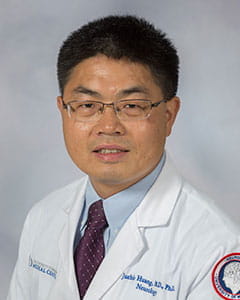