4 Things Everyone Should Know About Anemia—Commentary

Anemia is the most common blood condition in the United States. Yet despite the fact that more than 3 million Americans suffer from some form of the condition, many people are a little fuzzy on exactly what anemia is.

While anemia itself is usually not dangerous until it gets quite severe, being anemic can be a big red flag for serious health issues. Whether you or a loved one has anemia or you just want to prepare for a conversation with your doctor, here are four crucial facts to know about anemia.

Here’s the most important thing to understand about anemia—it is the result of some underlying disease or condition. That condition could be relatively harmless or quite serious.

Think of anemia like a fever. A fever is a tell-tale sign of another condition, perhaps a viral or bacterial infection. When doctors see a patient with a fever, they consider it a sign that something else is wrong in the body, and they immediately start trying to figure out what is causing the fever. The same is true of anemia.

There are dozens of causes of anemia, ranging from relatively minor things such as an unbalanced diet to serious problems such as cancer. Iron deficiency anemia, one of the most common types of anemia, can have a number of causes including heavy menstruation, celiac disease, pregnancy, colon cancer or simply not getting enough iron in your diet.

For a more complete rundown of the most common causes of anemia, visit the Merck Manuals page.

2. The symptoms of anemia are quite common (except for one)

There is a range of normal red blood cell and hemoglobin counts, and different people start to experience symptoms at different levels. By and large, fatigue is the most common sign of anemia. But fatigue can be caused by a lot of things. Keep an eye out for more concerning symptoms such as shortness of breath with a level of exertion that you could do in the past. Another symptom to watch for is looking more pale than normal.

Perhaps the most important symptoms to be aware of are the symptoms of whatever is causing the anemia. For example, having blood in your stool and weight loss may be symptoms of a colon cancer or yellow eyes (jaundice) may result from breakdown of your red blood cells.

Unlike cholesterol and blood pressure, anemia isn’t part of routine screening. Instead, doctors will often order blood tests (called a complete blood count) if people complain of symptoms like fatigue.

If results of that blood workup reveal a low hemoglobin level, your doctor will probably conduct a thorough examination and have a more in-depth conversation about your symptoms and recent changes in health. Based on the findings, he or she may do more blood tests to watch for additional changes in your hemoglobin level or red blood cell count.

4. “Mild” anemia can still be serious

Anemia usually comes on slowly, often over weeks or months. That means that even anemias caused by a serious problem, like cancer, may show up at an early stage, when the anemia is quite mild. But even if your physician says your anemia is mild, it is still an indicator of a larger health issue at play. The severity of the anemia doesn’t always match the significance of its cause.

Figuring out the cause is the key to treating anemia and fixing it. It’s important be specific with your doctor about any changes in medication, symptoms or overall health that could help determine what’s causing the anemia. 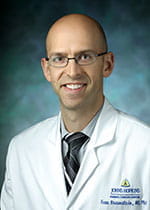