At the moment, the number of reported cases in Italy is doubling every 5th day; with this rate, the Italian healthcare system, which was ranked among the best in the world, has been completely overwhelmed. Free movement of people within and across Italy’s (and other EU member state) borders challenges control of the spread of COVID-19; but on March 10, 2020, Italy instituted a country-wide lockdown.

In the US, the number of reported cases is doubling even faster, every 3rd day, and the number of cases increased over 20-fold, from 76 cases on March 1, to almost 1,700 on March 13. Cases have now been reported in 47 states and the District of Columbia. Large clusters of cases are occurring in the Seattle area and in a small suburb north of New York City.

Testing has been ramping up slowly in the US. More than a week after the country’s first case of community transmission, only 1,895 people had been tested, about 10% percent of whom had tested positive. whereas in South Korea, more than 66,650 people were tested within a week of its first case of community transmission, and it quickly became able to test 10,000 people a day. Diagnostic testing is still not readily available in the US, and there is wide variation among state and local health departments on who should be tested. Expanded testing for the SARS-CoV-2 in the near future will very likely uncover many more cases. CDC currently recommends collecting and testing an upper respiratory nasopharyngeal swab. Oropharyngeal swabs are a lower priority. Sputum should be collected only for patients with productive cough.

Countries have been adopting increasingly stringent containment and mitigation strategies. Singapore, Hong Kong, and Taiwan have been able to limit on-going community transmission by early diagnosis, isolating confirmed cases, extensive contact tracing, quarantining contacts, and social distancing. Transmission has slowed in South Korea because of extensive efforts at containment and mitigation, but large numbers of cases are still being reported daily in Italy and Iran. Cases linked to Iran have spread the infection to many other countries, including Iraq, Afghanistan, Bahrain, Kuwait, Oman, Lebanon, the United Arab Emirates, Lebanon, Canada, and the US.

In the US, there is wide variation among states and municipalities, depending on the local situation. Some localities are advising closing of all schools and non-essential businesses (eg, restaurants, bars) but recommendations vary.

The outbreak of COVID-19, the disease caused by a novel coronavirus (SARS-CoV-2) that began in Wuhan, Hubei Province in Central China in December 2019, has been declared pandemic by WHO on March 11, 2020, because of sustained transmission through multiple generations of person-to-person transmission in many countries on a global scale. Even before China instituted a “cordon sanitaire” on January 23, 2020, a tactic that restricted movement in and out of communities in Hubei province affected by COVID-19, millions of people had traveled from Hubei to visit family and friends with the approach of Lunar New Year. The numbers of cases then surged in the surrounding Mainland Chinese provinces and shortly thereafter, outside Mainland China.

By the second week of February 2020, about 45,000 confirmed cases had been reported from Mainland China, mainly Hubei Provence, and when the number of reported cases reached about 70,000, the case count in Mainland China began to level off. The actual number of cases in China was probably much higher, as only the most severe, hospitalized cases were likely included in reports due to shortages of diagnostic testing kits. A large number of milder infections in the community that remained undiagnosed and not isolated likely limited efforts to control continued spread of this infection.

The extent to which the pandemic will spread and the number of people who will be infected and the percentage and total number who will die remains unknown. It has been estimated that over 40% of the population may become infected with SARS-CoV-2. Although the majority of people who are infected with this coronavirus will not become seriously ill, a large segment of the US adult population, 105 million people, are at higher risk of serious illness and death if infected due to their age or underlying medical condition. According to a study from the Kaiser Family Foundation, this group includes about 75 million who are elderly (60 years of age and older) and 30 million adults 18 to 59 years of age who have an underlying medical condition (eg, heart disease, cancer, chronic obstructive pulmonary disease [COPD] or diabetes).

In addition to the cordon sanitaire, “herd immunity” may have contributed to slowing person-to-person transmission in China. Herd immunity develops when a sufficiently large portion of the population becomes immune to SARS-CoV-2 following infection, thereby creating a barrier surrounding susceptible people, protecting them from the infection. The more contagious a disease is, the higher percentage of immune people required to create this barrier. For a very highly transmissible disease like measles, 95% of the population is needed to create herd immunity. The percentage required for COVID-19 is not known at this time. Vaccination could create herd immunity, but no vaccine against COVID-19 is as yet available.

COVID-19 can be severe: In Wuhan, 5% of hospitalized patients were in critical condition, requiring intensive care unit (ICU admission and 2.3% required mechanical ventilation. In Singapore, 11% required ICU admission, and, currently, 16% of hospitalized patients in Italy are requiring ICU admission. The fatality rate for COVID-19 so far seems lower than that of severe acute respiratory syndrome (SARS) and Middle East respiratory syndrome (MERS), but much higher than that of influenza. Although less than 0.1% of cases die of influenza overall, a much higher proportion of the elderly with influenza die. Similarly, although about 3% of symptomatic COVID-19 patients in Hubei overall died, over 30% of those over 80 years of age died.

Testing for coronavirus is based on the polymerase chain reaction (PCR), a process that detects and then amplifies a portion of a virus’ unique genetic markers in a clinical specimen (for example, sputum, a nasopharyngeal or oropharyngeal swab, or stool). Positive results indicate active infection. However, finding the virus’ genetic material in a specimen does not mean the patient is shedding live virus capable of infecting others. A culture of the specimen for live virus would be needed to determine that. Negative PCR results do not preclude COVID-19 and must be combined with patient history, clinical observations, and epidemiologic information. Current guidance advises PCR testing after resolution of symptoms on at least two consecutive respiratory samples obtained at least 24 hours apart before discharge back into the community.

Testing for the presence of SARS-CoV-2 genetic material in people is important for multiple other reasons. Depending on who is tested, it can also determine how often milder cases occurs, determine more accurately how deadly this virus is, determine how often it infects children with and without symptoms, and how often people spread it before showing symptoms.

Containment, a strategy used at the start of an outbreak, involves identifying and isolating cases and identifying and quarantining contacts to keep people from spreading the infection. But now that there is local community spread, additional, so-called mitigation, strategies are necessary.

The goal is to reduce the number of cases that engage the healthcare system until a vaccine or drug becomes widely available, that is, to flatten the curve of cases occurring over time, rather than allowing it to rise exponentially. The same number of cases spread over a longer interval has less potential to overwhelm health care resources, particularly intensive care unit beds and available ventilators. 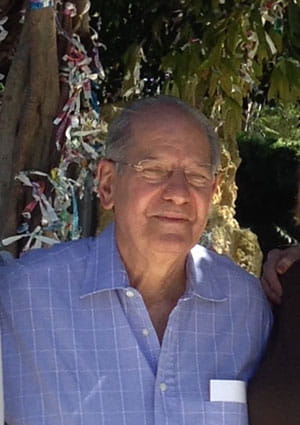