Advancing Research in and Acceptance of Hearing Loss Treatment—Commentary

As individuals get older, many begin to suffer from diminished eyesight and need glasses to improve their vision. Most people accept this fact and seek treatment quickly, adapting to a new pair of specs without too much hesitation. Yet when it comes to hearing loss, which affects more than 1 in 10 Americans to a degree that affects their daily communications, many individuals ignore the problem and let it go untreated. According to the National Institutes of Health, only 20 percent of people who could benefit from hearing aids use them. Possible reasons for low usage are suggested by results of a recent survey conducted by Harris Poll on behalf of the Manuals in which more than half of Americans said hearing aids can be very expensive (55 percent), and one in five said wearing them can be embarrassing (20 percent).

The stigma around hearing aids poses challenges for physicians in treating various forms of hearing loss. At the same time, there are many new treatment options being developed that show great promise in reducing the effects of hearing loss on daily life.

Early research into using gene therapy to treat both congenital and acquired forms of hearing loss has had encouraging results. Although we previously thought that lost hair cells could never be replaced, a number of studies over the last few decades have shown the Notch signaling pathway can be exploited to induce new hair cell formation in mammals. Now, the first studies building on this research are using gene therapy to treat acquired hearing loss by inducing supporting cells to differentiate into sensory cells (hair cells), and we are optimistic about the progress being made.

However, these treatments will be ineffective in treating genetic forms of hearing loss because regenerated hair cells would still contain the same genetic defects that led to their death in the first place. Genetic hearing loss is thus a greater challenge. However, using mouse models of genetic hearing loss, research has shown some ability to either turn off a defective gene or activate a functional one to restore partial or even complete hearing.

Although we have a long way to go, current research predicts that genetic therapy will ultimately surpass what can be accomplished with cochlear implants---the current best treatment for severe sensorineural hearing loss.

Advances in hearing aids and accessibility

As new treatment options are explored, many patients are still reluctant to utilize one of the most effective existing treatments for the most common forms of hearing loss---hearing aids. Some of this resistance could be due to the social stigma associated with hearing aids, but as our poll showed, perceived cost may be a significant factor.

Recent legislation in the US allowing for over-the-counter personal sound amplification products (PSAPs) may make treatment more affordable and easier to obtain in this country. But these devices may be even more beneficial in developing parts of the world. PSAPs are essentially sound amplifiers that do not offer the same degree of customization as traditional hearing aids, which can be tailored to match a given patient’s pattern of frequency loss. There is also some concern that bypassing a medical evaluation of hearing loss may lead to missing rarer causes of hearing loss such as an acoustic neuroma or chronic otitis media. Although anyone with hearing loss should still seek medical attention, including evaluation by an audiologist, these devices may ultimately help a number of people who otherwise would have untreated hearing loss.

Talking to patients about preventing and treating hearing loss

Physicians should stress the importance of preventing hearing loss in the first place. Many patients do not realize that everyday activities at home and on the job can damage hearing. Talk to patients about noise levels that could damage hearing and encourage them to keep music to a reasonable level when using headphones and keep ear plugs with them to use in any loud environment, whether while using power tools or attending a concert. Here’s a good rule of thumb to pass on to patients---if they have to talk above a normal level to be heard, there’s a good chance the environment is loud enough to damage hearing.

In addition, it can help to educate patients on the potential effects of hearing loss. They may be motivated by learning that increasing research is showing an association between presbycusis and earlier onset of dementia.

Of course, when evaluating patients with complaints of hearing loss, be sure to ask about symptoms such as unilateral hearing loss, headaches, dizziness, facial weakness or other symptoms that may indicate a more serious underlying condition.

Physicians can refer patients to the consumer version of the Manuals for more information on hearing loss. 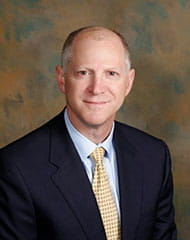 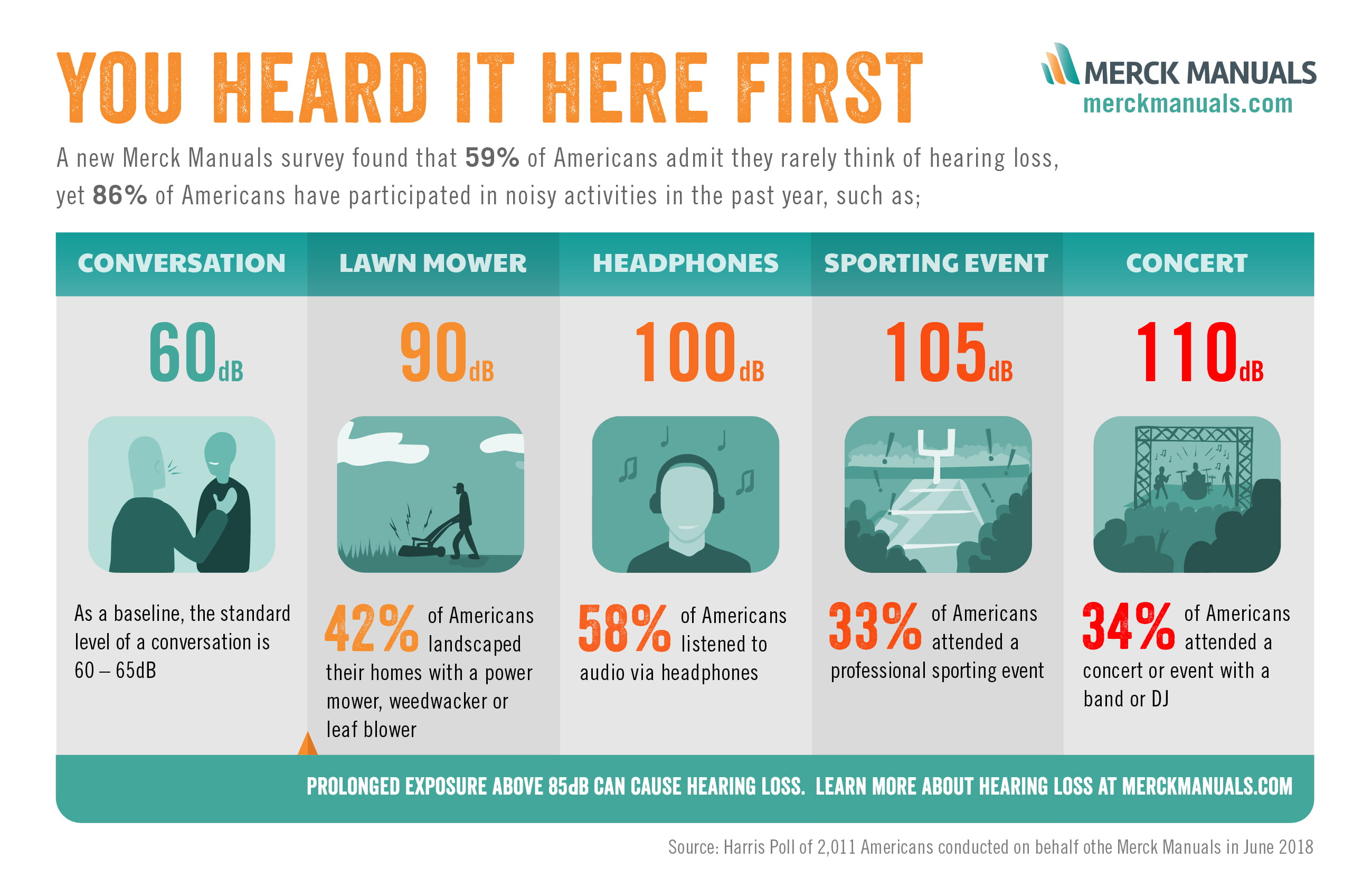