The Heart
Restrictive cardiomyopathy includes a group of heart disorders in which the walls of the ventricles (the two lower chambers of the heart) become stiff, but not necessarily thickened, and resist normal filling with blood between heartbeats.

. Its cause is usually unknown.

There are two basic types of restrictive cardiomyopathy:

A congenital form of restrictive cardiomyopathy occurs in infants and children who have endocardial fibroelastosis. In this rare disorder, a thickened layer of fibrous tissue lines the left ventricle. Endomyocardial fibrosis commonly occurs in tropical regions and affects both the left and right ventricles.

Scarring of heart muscle may result from injury due to radiation therapy that may be given for treatment of a chest tumor.

Various substances may accumulate in the heart as a result of various disorders. The accumulated substances interfere with the heart muscle's ability to contract and relax.

), the body contains too much iron, so iron may accumulate in the heart muscle. 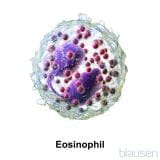 , eosinophils (a type of white blood cell) may accumulate in the heart muscle. Hypereosinophilic syndrome most often occurs in tropical regions.

, amyloid (an unusual protein not normally present in the body) may accumulate in heart muscle and other tissues. Amyloidosis is more common among older people and can sometimes be hereditary.

Restrictive cardiomyopathy causes heart failure Heart Failure (HF) Heart failure is a disorder in which the heart is unable to keep up with the demands of the body, leading to reduced blood flow, back-up (congestion) of blood in the veins and lungs, and/or... read more

with shortness of breath during exertion and when lying flat, and fluid accumulation and swelling in tissues (edema).

Restrictive cardiomyopathy is one of the possible causes investigated when a person has heart failure.

The diagnosis is based largely on the combined results of a physical examination, electrocardiography (ECG), chest x-ray, and echocardiography. ECG can typically detect abnormalities in the heart’s electrical activity, but these abnormalities are not specific enough for a diagnosis.

shows that the atria are enlarged and that the heart is functioning normally only when the heart contracts (during systole). MRI Magnetic Resonance Imaging (MRI) of the Heart With magnetic resonance imaging (MRI), a powerful magnetic field and radio waves are used to produce detailed images of the heart and chest. This expensive and sophisticated procedure is used... read more can detect abnormal texture in heart muscle due to accumulation of or infiltration with abnormal substances, such as iron and amyloid. Sometimes, other imaging techniques such as radionuclide imaging of the heart Radionuclide Imaging of the Heart In radionuclide imaging, a tiny amount of a radioactive substance (radionuclide), called a tracer, is injected into a vein. The amount of radiation the person receives from the radionuclide... read more is helpful.

in people with severe symptoms, such as chest pain, difficulty breathing, or fainting. Cardiac catheterization is an invasive procedure in which a catheter is threaded from a blood vessel in the arm, neck, or leg into the heart. The procedure is used to measure pressures in the heart chambers and to remove a sample of heart muscle for examination under a microscope (biopsy), which may enable doctors to identify an infiltrating substance. Sometimes, other specialized tests may be needed to determine the disorder causing the cardiomyopathy.

Sometimes, the disorder causing restrictive cardiomyopathy can be treated to prevent heart damage from worsening or even to partially reverse it. For example, removing blood at regular intervals reduces the amount of stored iron in people with iron overload. People who have sarcoidosis may take corticosteroids, which cause the granuloma tissue to disappear. Corticosteroids may also be helpful in eosinophilic infiltrative disorders. Drugs used to decrease or control the symptoms of some types of amyloidosis Treatment Amyloidosis is a rare disease in which abnormally folded proteins form amyloid fibrils that accumulate in various tissues and organs, sometimes leading to organ dysfunction, organ failure, and... read more

may be helpful. However, many cases of restrictive cardiomyopathy have no specific treatment.

Survival varies depending on the cause. But prognosis is typically poor because the diagnosis is often made very late.

For most people, treatment is not very helpful. For example, diuretics, which are usually taken to treat heart failure, may help people who have troublesome leg swelling or shortness of breath. However, these drugs also reduce the amount of blood entering the heart, which can worsen restrictive cardiomyopathy instead of improving it.

Drugs commonly used in heart failure to reduce the heart’s workload, such as angiotensin-converting enzyme (ACE) inhibitors, are usually not helpful because they reduce blood pressure too much. As a result, not enough blood reaches the rest of the body.

Similarly, digoxin is usually not helpful and is sometimes harmful. Beta-blockers are poorly tolerated in people with restrictive cardiomyopathy and have not been shown to improve survival.

Antiarrhythmics may be given to prevent or reduce symptoms in people with fast or irregular heart rhythms.