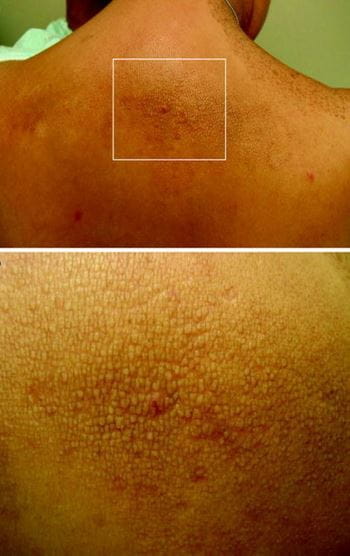 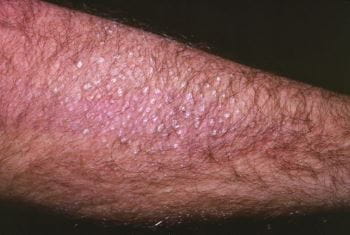 Symptoms and Signs of MEN 2A

Diagnosis of MEN 2A

Many cases are identified during screening of family members of known cases. MEN 2A should also be suspected in patients with bilateral pheochromocytoma Pheochromocytoma A pheochromocytoma is a catecholamine-secreting tumor of chromaffin cells typically located in the adrenals. It causes persistent or paroxysmal hypertension. Diagnosis is by measuring catecholamine... read more or at least 2 of its characteristic endocrine manifestations. The diagnosis can be confirmed with genetic testing. Although only 25% of medullary thyroid carcinoma Medullary Thyroid Carcinoma There are 4 general types of thyroid cancer. Most thyroid cancers manifest as asymptomatic nodules. Rarely, lymph node, lung, or bone metastases cause the presenting symptoms of small thyroid... read more cases are familial, genetic testing of people with apparent sporadic medullary thyroid carcinoma should be considered if patients are < 35 years, tumors are bilateral or multicentric, or a family history is suspected; some experts recommend genetic testing for RET germline mutations in all patients with newly diagnosed medullary thyroid carcinoma (1 Diagnosis references Multiple endocrine neoplasia, type 2A (MEN 2A) is a hereditary syndrome characterized by medullary carcinoma of the thyroid, pheochromocytoma, parathyroid hyperplasia or adenomas (causing hyperparathyroidism)... read more

Because pheochromocytoma may be asymptomatic, its exclusion may be difficult. The most sensitive tests are measurement of plasma free metanephrines and fractionated urinary catecholamines (particularly epinephrine).

Computed tomography (CT) or magnetic resonance imaging (MRI) is useful in localizing the pheochromocytoma or establishing the presence of bilateral lesions.

Genetic screening of family members of MEN 2A patients is now the diagnostic test of choice; the availability of such testing has made biochemical screening for early medullary thyroid carcinoma largely obsolete. The specific RET mutation also predicts phenotypic characteristics such as aggressiveness of medullary thyroid carcinoma and presence of other endocrinopathies, so is important in clinical management; however, other factors, such as older age at onset and higher tumor stage at diagnosis, may be more predictive of disease aggressiveness (2 Diagnosis references Multiple endocrine neoplasia, type 2A (MEN 2A) is a hereditary syndrome characterized by medullary carcinoma of the thyroid, pheochromocytoma, parathyroid hyperplasia or adenomas (causing hyperparathyroidism)... read more

and prenatal chorionic villus sampling Chorionic Villus Sampling Genetic evaluation is part of routine prenatal care and is ideally done before conception. The extent of genetic evaluation a woman chooses is related to how the woman weighs factors such as... read more

have been used for antenatal diagnosis.

Treatment of MEN 2A

In patients presenting with pheochromocytoma and either medullary thyroid carcinoma or hyperparathyroidism, the pheochromocytoma should be removed first, even if asymptomatic because it greatly increases risk during other surgeries. Laparoscopic adrenalectomy, which has lower morbidity, is preferred to open laparotomy. Because bilateral pheochromocytomas are common, adrenal-sparing surgery may be appropriate in some patients (1 Treatment references Multiple endocrine neoplasia, type 2A (MEN 2A) is a hereditary syndrome characterized by medullary carcinoma of the thyroid, pheochromocytoma, parathyroid hyperplasia or adenomas (causing hyperparathyroidism)... read more

Surgery for medullary thyroid carcinoma should include total thyroidectomy and central compartment lymph node dissection, with additional lymph node dissection if indicated based on preoperative imaging. Postsurgical assessment for residual or recurrent disease should include measurement of serum calcitonin and imaging with neck ultrasonography and, when indicated, CT or MRI of neck and chest, bone scan, or positron emission tomography (PET) scan.

Once medullary thyroid carcinoma has metastasized, tyrosine kinase inhibitors, including cabozantinib and vandetanib, can lengthen progression-free survival. Clinical trials of other tyrosine kinase inhibitors for metastatic medullary thyroid carcinoma are ongoing. Cytotoxic chemotherapy and radiation therapy are largely ineffective in lengthening survival but may slow disease progression. Postoperative adjuvant external beam radiation should be considered in patients at high risk of local recurrence and those at risk for airway obstruction. Some studies have shown lengthened survival with immunotherapy (eg, tumor-derived vaccines, tumor cell transfectants) and radioimmunotherapy (eg, radioisotope-coupled monoclonal antibodies).

Psychological distress appears to be common and chronic in patients with MEN 2. Contributing factors include low amount of information on the disease, having children with the mutation, number of surgeries, and presence of comorbidities; psychological assessment to identify and treat affected individuals is recommended (2 Treatment references Multiple endocrine neoplasia, type 2A (MEN 2A) is a hereditary syndrome characterized by medullary carcinoma of the thyroid, pheochromocytoma, parathyroid hyperplasia or adenomas (causing hyperparathyroidism)... read more