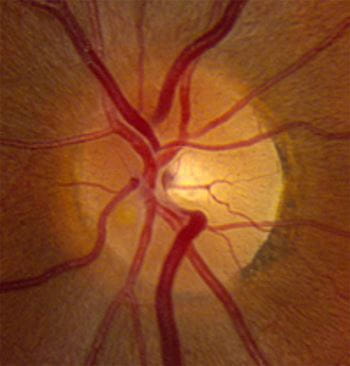 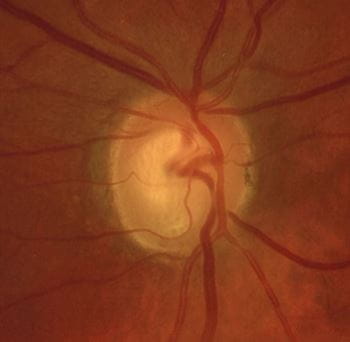 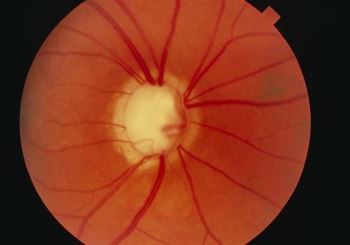 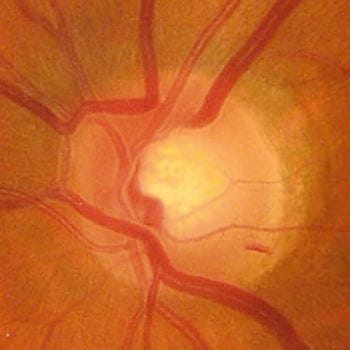 Open-Angle Glaucoma: Classification Based on Mechanisms of Outflow...

Although open-angle glaucomas can have numerous causes (see table Open-Angle Glaucoma: Classification Open-Angle Glaucoma: Classification Based on Mechanisms of Outflow Obstruction* Primary open-angle glaucoma is a syndrome of optic nerve damage associated with an open anterior chamber angle and an elevated or sometimes average intraocular pressure (IOP). Symptoms are a... read more 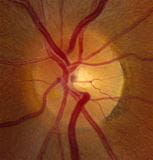 ), 60 to 70% of cases in the US have no identifiable cause and are termed primary open-angle glaucoma. Both eyes usually are affected, but typically not equally.

In people of African ethnicity, glaucoma is more severe and develops at an earlier age, and blindness is 6 to 8 times more likely.

Intraocular pressure (IOP) can be elevated or within the average range.

In primary open-angle glaucoma, there is an abnormality of extracellular matrix in the part of the trabecular meshwork (TM) that is immediately adjacent to the Schlemm canal (called the juxtacanalicular TM) similar to accelerated aging; trabecular meshwork cellularity may also decrease.

In at least one third of patients with glaucoma, IOP is within the average range, but optic nerve damage and visual field loss typical of glaucoma are present. These patients have a higher incidence of vasospastic diseases (eg, migraines, Raynaud syndrome) than the general population, suggesting that a vascular disorder compromising blood flow to the optic nerve may play a role. Glaucoma occurring with average-range IOP is more common among Asians.

Early primary open-angle glaucoma symptoms are uncommon. Usually, the patient becomes aware of visual field loss only when optic nerve atrophy is marked; the typically asymmetric deficits contribute to delay in recognition. However, some patients have complaints, such as missing stairs if their inferior visual field has been lost, noticing portions of words missing when reading, or having difficulty with driving earlier in the course of the disease.

Examination findings include an unobstructed open angle on gonioscopy and characteristic optic nerve appearance and visual field defects. Intraocular pressure (IOP) may be normal or high but is almost always higher in the eye with more optic nerve damage.

The optic nerve head (ie, disk) is normally a slightly vertically elongated circle with a centrally located depression called the cup. The neurosensory rim is the tissue between the margin of the cup and the edge of the disk, and is composed of the ganglion cell axons from the retina.

Visual field changes caused by lesions of the optic nerve include

In contrast, deficits of the more proximal visual pathways (ie, from the lateral geniculate nucleus to the occipital lobe) involve quadrants or hemispheres of the visual field; thus, deficits do not cross the vertical meridian.

Diagnosis of primary open-angle glaucoma is suggested by the examination, but similar findings can result from other optic neuropathies (eg, caused by ischemia, cytomegalovirus infection, or vitamin B12 deficiency).

Before a diagnosis of normal-pressure glaucoma can be established, the following factors may need to be ruled out:

Central corneal thickness is measured to help interpret the result of IOP measurement.

Optic disk photography or a detailed optic disk drawing is helpful for future comparison. The frequency of follow-up examinations varies from weeks to months, depending on the patient’s reliability, severity of the glaucoma, and response to treatment.

Vision lost by glaucoma cannot be recovered. The goal is to prevent further optic nerve and visual field damage by lowering IOP. The target level is 20 to 40% below pretreatment readings or the IOP at which damage is known to have occurred. In general, the greater the damage caused by glaucoma, the lower the IOP must be to prevent further damage. If damage progresses, the IOP goal is lowered further and additional therapy is initiated.

Patients taking topical glaucoma drugs should be taught passive eyelid closure with punctal occlusion to help reduce systemic absorption and associated adverse effects, although the effectiveness of these maneuvers is controversial. Patients who have difficulty instilling drops directly onto the conjunctiva may place the drop on the nose just medial to the medial canthus, then roll the head slightly toward the eye so that the liquid flows into the eye.

Typically, to gauge effectiveness, clinicians start drugs in one (one-eye trial) or both eyes.

Surgery for primary open-angle glaucoma and normal-pressure glaucoma includes laser trabeculoplasty, a guarded filtration procedure, and procedures that enhance only a portion of the drainage pathway.

Selective laser trabeculoplasty (SLT) uses a pulsed double-frequency neodymium:yttrium-aluminum-garnet laser. SLT and argon laser trabeculoplasty (ALT) are equally effective initially, but SLT may have greater effectiveness in subsequent treatments. SLT is usually the initial treatment for patients who do not respond to or who cannot tolerate drug therapy.

Argon laser trabeculoplasty (ALT) may also be considered for surgical treatment of glaucoma. Laser energy is applied to either 180º or 360º of the trabecular meshwork to improve the drainage of aqueous humor. Within 2 to 5 years, about 50% of patients require additional drug therapy or surgery because of insufficient IOP control.

A guarded filtration procedure is the most commonly used filtration procedure. A hole is made in the limbal sclera (trabeculectomy), which is covered by a partial-thickness scleral flap that controls egress of aqueous from the eye to the subconjunctival space, forming a filtration bleb. Adverse effects of glaucoma filtration surgery include acceleration of cataract growth, pressures that are too low, and transient accumulation of fluid in the choroidal space (ie, choroidal effusion) during the perioperative period. Patients with trabeculectomies are at increased risk of bacterial endophthalmitis and should be instructed to report any symptoms or signs of bleb infection (blebitis) or endophthalmitis (eg, worsening vision, conjunctival hyperemia, pain) immediately.

The ab externo approach (an approach from outside the eye), including viscocanalostomy, deep sclerectomy, and canaloplasty, involves a deep dissection of greater than > 98% thickness of the scleral passage, leaving a window of Descemet membrane and/or the inner wall of the Schlemm canal and trabecular meshwork. The canal is dilated by using a viscoelastic solution (in viscocanalostomy) or a microcatheter (in canaloplasty). Deep sclerectomy generally relies on the formation of a conjunctival bleb.

In the ab interno approach (an approach from inside the eye), a device is used to remove (eg, with ab interno trabeculectomy) or bypass (eg, with some stent procedures) the trabecular meshwork, creating direct communication between the anterior chamber and collecting channels. No bleb is formed.

In general, these procedures appear to be safer but less effective than trabeculectomy.