Aspirin and Other Salicylate Poisoning

Acute ingestion of > 150 mg/kg of salicylate can cause severe toxicity. Salicylate tablets may form bezoars Bezoars A bezoar is a tightly packed collection of partially digested or undigested material that most commonly occurs in the stomach. Gastric bezoars can occur in all age groups and often occur in... read more

The most concentrated and toxic form of salicylate is oil of wintergreen (methyl salicylate, a component of some liniments and solutions used in hot vaporizers); ingestion of < 5 mL is equivalent to about 7000 milligrams (twenty-two 325-mg tablets) of aspirin, which can kill a young child. Any exposure should be considered serious. Bismuth subsalicylate (8.7 mg salicylate/mL) is another potentially unexpected source of large amounts of salicylate.

Symptoms and Signs of Salicylate Poisoning

With acute overdose, early symptoms include nausea, vomiting, tinnitus, and hyperventilation. Later symptoms include hyperactivity, fever, confusion, and seizures. Rhabdomyolysis Rhabdomyolysis Rhabdomyolysis is a clinical syndrome involving the breakdown of skeletal muscle tissue. Symptoms and signs include muscle weakness, myalgias, and reddish-brown urine, although this triad is... read more , acute renal failure, and respiratory failure may eventually develop. Hyperactivity may quickly turn to lethargy; hyperventilation (with respiratory alkalosis) progresses to hypoventilation (with mixed respiratory and metabolic acidosis) and respiratory failure.

Salicylate poisoning is suspected in patients with any of the following:

Significant salicylate toxicity is suggested by serum levels much higher than therapeutic (therapeutic range, 10 to 20 mg/dL [0.725 to 1.45 mmol/L]), particularly 6 hours after ingestion (when absorption is usually almost complete), and by acidemia plus ABG results compatible with salicylate poisoning. Serum levels are helpful in confirming the diagnosis and may help guide therapy, but levels may be misleading and should be clinically correlated.

Unless contraindicated (eg, by altered mental status), activated charcoal is given as soon as possible and, if bowel sounds are present, may be repeated every 4 hours until charcoal appears in the stool.

After volume and electrolyte abnormalities are corrected, alkaline diuresis can be used to increase urine pH, ideally to ≥ 8. Alkaline diuresis is indicated for patients with any symptoms of poisoning and should not be delayed until salicylate levels are determined. This intervention is usually safe and exponentially increases salicylate excretion. Because hypokalemia Hypokalemia Hypokalemia is serum potassium concentration 3.5 mEq/L ( 3.5 mmol/L) caused by a deficit in total body potassium stores or abnormal movement of potassium into cells. The most common cause is... read more may interfere with alkaline diuresis, patients are given a solution consisting of 1 L of 5% D/W, 3 50-mEq (50-mmol) ampules of sodium bicarbonate, and 40 mEq (40 mmol) of potassium chloride at 1.5 to 2 times the maintenance IV fluid rate. Serum potassium is monitored. Because fluid overload can result in pulmonary edema Pulmonary Edema Pulmonary edema is acute, severe left ventricular failure with pulmonary venous hypertension and alveolar flooding. Findings are severe dyspnea, diaphoresis, wheezing, and sometimes blood-tinged... read more 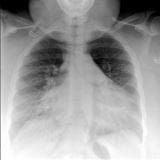 , patients are monitored for respiratory findings.

Drugs that increase urinary bicarbonate (eg, acetazolamide) should be avoided because they worsen metabolic acidosis Metabolic Acidosis Metabolic acidosis is primary reduction in bicarbonate (HCO3−), typically with compensatory reduction in carbon dioxide partial pressure (Pco2); pH may be markedly low or slightly... read more and decrease blood pH. Drugs that decrease respiratory drive should be avoided if possible because they may impair hyperventilation and respiratory alkalosis Respiratory Alkalosis Respiratory alkalosis is a primary decrease in carbon dioxide partial pressure (Pco2) with or without compensatory decrease in bicarbonate (HCO3−); pH may be high or near normal.... read more , decreasing blood pH.

Fever can be treated with physical measures such as external cooling Cooling techniques Heatstroke is hyperthermia accompanied by a systemic inflammatory response causing multiple organ dysfunction and often death. Symptoms include temperature > 40° C and altered mental status... read more . Seizures are treated with benzodiazepines. In patients with rhabdomyolysis Rhabdomyolysis Rhabdomyolysis is a clinical syndrome involving the breakdown of skeletal muscle tissue. Symptoms and signs include muscle weakness, myalgias, and reddish-brown urine, although this triad is... read more , adequate hydration and urine output are crucial; alkaline diuresis may also help prevent renal failure.

Hemodialysis may be required to enhance salicylate elimination in patients with severe neurologic impairment, renal or respiratory insufficiency, acidemia despite other measures, or very high serum salicylate levels (>100 mg/dL [> 7.25 mmol/L] with acute overdose or > 60 mg/dL [> 4.35 mmol/L] with chronic overdose).

Treating acid-base alterations in salicylate-poisoned patients who require endotracheal intubation and mechanical ventilation for airway protection or oxygenation can be extremely challenging. In general, intubated patients should probably be dialyzed and closely monitored by a critical care specialist.