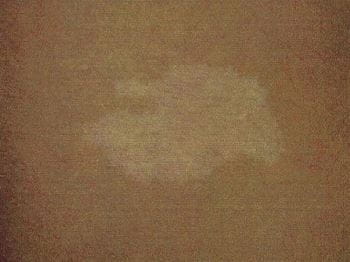 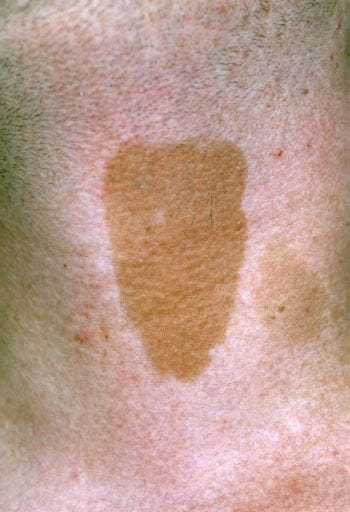 Koenen Tumors in Tuberous Sclerosis Complex
Tuberous sclerosis complex is a hereditary disorder that causes abnormal growths in the brain, changes in the skin, and sometimes tumors in vital organs, such as the heart, kidneys, and lungs.

In tuberous sclerosis complex, tumors or other abnormal growths develop in several organs, such as the brain, heart, lungs, kidneys, eyes, and skin. The tumors are usually noncancerous (benign). The disorder is named for the typical long and narrow tumors in the brain, which resemble roots or tubers.

Tuberous sclerosis complex is usually present at birth, but symptoms may be subtle or take time to develop, making the disorder difficult to recognize early.

In most cases, the disorder results from mutations in one of two genes. If either parent has the disorder, children have a 50% chance of having it. However, tuberous sclerosis complex often results from spontaneous—new (not inherited)—mutations in the gene, rather than an inherited abnormal gene. This disorder occurs in 1 in 6,000 children.

Tuberous sclerosis may affect the brain and cause seizures Seizures in Children Seizures are a periodic disturbance of the brain’s electrical activity, resulting in some degree of temporary brain dysfunction. When older infants or young children have seizures, they often... read more , intellectual disability Intellectual Disability Intellectual disability is significantly below average intellectual functioning present from birth or early infancy, causing limitations in the ability to conduct normal activities of daily... read more , autism Autism Spectrum Disorders Autism spectrum disorders are conditions in which people have difficulty developing normal social relationships, use language abnormally or not at all, and show restricted or repetitive behaviors... read more , delayed development of motor or language skills, learning disorders Learning Disorders Learning disorders involve an inability to acquire, retain, or broadly use specific skills or information, resulting from deficiencies in attention, memory, or reasoning and affecting academic... read more , and behavioral problems Overview of Behavioral Problems in Children Children acquire many skills as they grow. Some skills, such as controlling urine and stool, depend mainly on the level of maturity of the child's nerves and brain. Others, such as behaving... read more (such as hyperactivity and aggression).

The first symptom of tuberous sclerosis complex may be infantile spasms Infantile Spasms In infantile spasms, children suddenly raise and bend their arms, bend their neck and upper body forward, and straighten their legs. The spasms are usually caused by serious brain disorders... read more , a type of seizure.

Before birth, benign heart tumors called myomas may develop. Sometimes these tumors cause heart failure in newborns. These tumors typically disappear over time and do not cause symptoms later in childhood or in adulthood.

In many children, permanent teeth are pitted.

Patches may develop on the retina, located at the back of the eye. If the patches are located near the center of the retina, vision may be affected.

Tubers in the brain may become tumors, which sometimes become cancerous, and enlarge, causing headaches or making other symptoms worse.

Doctors can use an established set of criteria to help them diagnose tuberous sclerosis complex (for more information, see diagnosis of tuberous sclerosis). Before they apply the criteria, doctors first do a physical examination to determine whether people have certain symptoms, such as seizures, delayed development, or typical skin changes.

or ultrasonography is done to check for tumors in various organs.

Genetic testing may be done for the following reasons:

Nonetheless, most children continue to develop, and life expectancy is usually unaffected.

Treatment of tuberous sclerosis complex is focused on relieving symptoms:

Sirolimus and everolimus are being studied to determine whether they can effectively treat or prevent some of the complications of tuberous sclerosis complex. In some people, these drugs taken by mouth have been shown to shrink brain and heart tumors and facial growths and to lessen seizures. Sirolimus applied to the skin may be helpful for skin growths on the face. These drugs are currently used to treat certain cancers and to prevent rejection of transplanted organs.

Genetic counseling is recommended for affected people and family members when they are considering having children.

Because tuberous sclerosis complex is a lifelong disorder and new problems can develop, affected people must be closely monitored for the rest of their life.