If the body did not have defenses against infection, it would quickly be overwhelmed by microorganisms. These defenses require a living, properly functioning body. A dead body begins to decay almost immediately because its defenses are no longer working.

. (See also Lines of Defense Lines of Defense The immune system is designed to defend the body against foreign or dangerous invaders. Such invaders include Microorganisms (commonly called germs, such as bacteria, viruses, and fungi) Parasites... read more .)

to identify and eliminate organisms that get through the body’s natural barriers.

Usually, the skin Structure and Function of the Skin The skin is the body’s largest organ. It serves many important functions, including Protecting the body against trauma Regulating body temperature Maintaining water and electrolyte balance Sensing... read more

prevents invasion by microorganisms unless it is damaged (for example, by an injury, insect bite, or burn).

Mucous membranes, such as the lining of the mouth, nose, and eyelids, are also effective barriers. Typically, mucous membranes are coated with secretions that fight microorganisms. For example, the mucous membranes of the eyes are bathed in tears, which contain an enzyme called lysozyme that attacks bacteria and helps protect the eyes from infection.

The airways Overview of the Respiratory System To sustain life, the body must produce sufficient energy. Energy is produced by burning molecules in food, which is done by the process of oxidation (whereby food molecules are combined with... read more filter out particles that are present in the air that is inhaled. The walls of the passages in the nose and airways are coated with mucus. Microorganisms in the air become stuck to the mucus, which is coughed up or blown out of the nose. Mucus removal is aided by the coordinated beating of tiny hairlike projections (cilia) that line the airways. The cilia sweep the mucus up the airways, away from the lungs.

The digestive tract Overview of the Digestive System The digestive system, which extends from the mouth to the anus, is responsible for receiving food, breaking it down into nutrients (a process called digestion), absorbing the nutrients into... read more has a series of effective barriers, including stomach acid Stomach The stomach is a large, bean-shaped, hollow muscular organ consisting of four regions: Cardia Fundus Body Antrum read more , pancreatic enzymes Pancreas The pancreas is an organ that contains two types of glandular tissue: Pancreatic acini Islets of Langerhans (See also Overview of the Digestive System.) The acini produce digestive enzymes.... read more 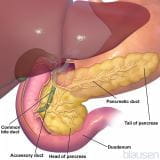 , bile Gallbladder and Biliary Tract The gallbladder is a small, pear-shaped, muscular storage sac that holds bile and is interconnected to the liver by ducts known as the biliary tract. (See also Overview of the Liver and Gallbladder... read more 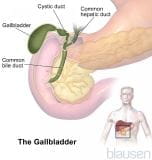 , and intestinal secretions. These substances can kill bacteria or prevent them from multiplying. The contractions of the intestine (peristalsis, which moves contents of the bowel through the digestive tract), and the normal shedding of cells lining the intestine help remove harmful microorganisms. 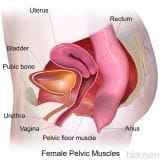 The vagina Vagina The internal genital organs form a pathway (the genital tract). This pathway consists of the following: Vagina (part of the birth canal), where sperm are deposited and from which a baby can... read more is normally acidic. The acidity of the vagina Causes Bacterial vaginosis is a vaginal infection that occurs when the balance of bacteria in the vagina is altered. Women who have a sexually transmitted infection, who have several sex partners,... read more prevents harmful bacteria from growing and helps maintain the number of protective bacteria.

The number of eosinophils Eosinophils One of the body's lines of defense (immune system) involves white blood cells (leukocytes) that travel through the bloodstream and into tissues, searching for and attacking microorganisms and... read more , another type of white blood cell, increases in allergic reactions and many parasitic infections, but usually not in bacterial infections.

However, certain infections, such as typhoid fever Typhoid Fever Typhoid fever is caused by certain types of the gram-negative bacteria Salmonella. It typically causes a high fever and abdominal pain. Typhoid fever can be spread by consuming food or... read more

, viral infections, and bacterial infections that overwhelm the immune system, can lead to a decrease in the white blood cell count.

Any injury, including an invasion by microorganisms, causes inflammation in the affected area. Inflammation, a complex reaction, results from many different conditions. The damaged tissue releases substances that cause inflammation and that direct the immune system to do the following:

However, inflammation may not be able to overcome large numbers of microorganisms.

During inflammation, the blood supply increases, helping carry immune cells to the affected area. Because of the increased blood flow, an infected area near the surface of the body becomes red and warm. The walls of blood vessels become more porous, allowing fluid and white blood cells to pass into the affected tissue. The increase in fluid causes the inflamed tissue to swell. The white blood cells attack the invading microorganisms and release substances that continue the process of inflammation.

Other substances trigger clotting in the tiny vessels (capillaries) in the inflamed area, which delays the spread of the infecting microorganisms and their toxins.

When an infection develops, the immune system Overview of the Immune System The immune system is designed to defend the body against foreign or dangerous invaders. Such invaders include Microorganisms (commonly called germs, such as bacteria, viruses, and fungi) Parasites... read more also responds by producing several substances and agents that are designed to attack the specific invading microorganisms ( see Acquired Immunity Acquired Immunity One of the body's lines of defense ( immune system) involves white blood cells (leukocytes) that travel through the bloodstream and into tissues, searching for and attacking microorganisms and... read more

Antibodies attach to and immobilize microorganisms. They kill them outright or help neutrophils target and kill them.

How well the immune system defends the body against each microorganism depends partly on a person's genetic make-up.

A part of the brain called the hypothalamus controls body temperature. Fever results from an actual resetting of the hypothalamus's thermostat. The body raises its temperature to a higher level by moving (shunting) blood from the skin surface to the interior of the body, thus reducing heat loss. Shivering (chills) may occur to increase heat production through muscle contraction. The body's efforts to conserve and produce heat continue until blood reaches the hypothalamus at the new, higher temperature. The new, higher temperature is then maintained. Later, when the thermostat is reset to its normal level, the body eliminates excess heat through sweating and shunting of blood to the skin.

Certain people (such as the very old, the very young, and people with an alcohol use disorder) are less able to generate a fever. These people may experience a drop in temperature in response to severe infection.