In the US, the following COVID-19 vaccines are in use:

In most situations, the mRNA vaccines and the Novavax spike protein vaccine are preferred over the adenovirus vector vaccine for primary series doses because of the risk of serious adverse events. There is a plausible causal relationship between the adenovirus vector vaccine and the rare and serious adverse event vaccine-induced thrombosis with thrombocytopenia syndrome Contraindications and Precautions COVID-19 vaccines provide protection against COVID-19, the disease caused by infection with the SARS-CoV-2 virus. Vaccination is the most effective strategy to prevent severe illness and death... read more . (See Johnson & Johnson’s Janssen COVID-19 Vaccine Overview and Safety.)

For more information, see the COVID-19 Advisory Committee on Immunization Practices Vaccine Recommendations, the FDA prescribing information for the Pfizer-BioNTech COVID-19 vaccine and the FDA prescribing information for the Moderna COVID-19 vaccine, and the EUA fact sheets for vaccination providers (Pfizer-BioNTech, Moderna, Janssen/Johnson & Johnson, and Novavax). A summary of changes to the 2022 adult immunization schedule is available here.

There are two mRNA vaccines for COVID-19:

The mRNA vaccines do not contain viral antigen but rather deliver a small, synthetic piece of mRNA that encodes for the desired target antigen (the spike protein). After being taken up by cells of the immune system, the vaccine mRNA degrades after instructing the cell to produce viral antigen. The antigen is then released and triggers the desired immune response to prevent severe infection upon subsequent exposure to the actual virus.

There is one adenovirus vector vaccine for COVID-19:

The adenovirus vector vaccine contains a piece of the DNA that is used to make the distinctive spike protein of the SARS-CoV-2 virus, which then triggers the desired immune response.

There is one spike protein vaccine for COVID-19:

The spike protein vaccine contains a recombinant form of the SARS-CoV-2 spike protein, which then triggers the desired immune response.

The BNT162b2 vaccine has FDA approval for the prevention of COVID-19 in people 16 years of age and older.

The BNT162b2 vaccine has EUA for the prevention of COVID-19 in people 6 months to 15 years of age.

The mRNA-1273 vaccine has FDA approval for the prevention of COVID-19 in people 18 years of age and older.

The Ad26.COV2.S vaccine has EUA for the prevention of COVID-19 in people 18 years of age and older for whom other COVID-19 vaccines are not accessible or clinically appropriate, or who elect to receive Ad26.COV2.S because they would otherwise not receive any COVID-19 vaccine. (See FDA Limits Use of Janssen COVID-19 Vaccine to Certain Individuals.)

The NVX-CoV2373 vaccine has EUA for the prevention of COVID-19 in people 12 years of age and older.

Contraindications for all four COVID-19 vaccines are

Precautions for all four COVID-19 vaccines are

Immunocompromised people, including those receiving immunosuppressant therapy, may have a diminished immune response to these vaccines.

A warning has been issued from the FDA for the adenovirus vector vaccine because cases of vaccine-induced thrombosis with thrombocytopenia syndrome have been reported after vaccination (see FDA fact sheet for Janssen/Johnson & Johnson). Reports suggest an increased risk of thrombosis involving the cerebral venous sinuses and other sites (including but not limited to the central and visceral arteries and the veins and arteries of the lower extremities) combined with thrombocytopenia. Symptom onset is about 1 to 2 weeks after vaccination. Cases have occurred in males and females 18 years of age and older, and females 30 to 49 years of age have the highest reporting rate; some have been fatal. The use of heparin may be harmful in people with suspected thrombosis with thrombocytopenia after vaccination; alternative treatments may be needed. Consultation with hematology specialists is strongly recommended. (See also Johnson & Johnson’s Janssen COVID-19 Vaccine Overview and Safety.) 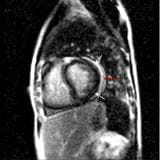 have been reported after doses of these vaccines, particularly within 7 days of the second dose, suggesting there may be an increased risk of these events after vaccination (see FDA information for the vaccine produced by Pfizer-BioNTech, the vaccine produced by Moderna, and the vaccine produced by Novavax). The observed risk is highest in young males. Vaccine recipients should seek medical attention right away if they have chest pain, shortness of breath, or feelings of having a fast-beating, fluttering, or pounding heart after vaccination. Although some people have required intensive care, data from short-term follow-up studies suggest that symptoms usually resolved with conservative management.

Primary series guidance for people who are moderately to severely immunocompromised

After a primary series is completed, protection against infection has been shown to decrease over time. To maximize protection against infection, severe disease, and death, booster doses are recommended. Only a bivalent booster vaccine authorized for that age group should be used. People who have received all recommended primary series vaccinations and booster doses when eligible are considered up-to-date on their vaccine series.

In 2022, the FDA amended the EUA for the mRNA vaccines to authorize bivalent formulations of the vaccines for use as a single booster dose (see the FDA fact sheet). The bivalent vaccines (referred to as updated boosters) contain two mRNA components of the SARS-CoV-2 virus. One component is the original strain of SARS-CoV-2, and the other one targets the most recent Omicron subvariants known as BA.4 and BA.5. Since the introduction of the bivalent vaccines, the CDC authorizes use of only the updated bivalent vaccine as a booster. The original (monovalent) mRNA booster is no longer available.

Booster shot guidance for people who are not immunocompromised

People who are not immunocompromised and who are fully vaccinated against COVID-19 are eligible for a booster shot depending on their age and on the primary series they completed (see COVID-19 Vaccine Booster Shots).

Booster shot guidance for people who are moderately to severely immunocompromised

People who are moderately to severely immunocompromised and who are fully vaccinated against COVID-19 are eligible for a booster shot depending on their age and on the primary series they completed (see COVID-19 Vaccines for People Who Are Moderately or Severely Immunocompromised).

Other adverse effects are common:

Reactive lymphadenopathy may occur after COVID-19 vaccination and may result in a false-positive reading on mammography. The Centers for Disease Control and Prevention (CDC) states that some experts recommend getting the mammogram before the vaccine or waiting 4 to 6 weeks after getting the vaccine.