Full review/revision Aug 2021 | Modified Sep 2022
VIEW PROFESSIONAL VERSION
Topic Resources
Reye syndrome is a very rare but life-threatening disorder that causes inflammation and swelling of the brain and impairment and loss of function of the liver.

The cause of Reye syndrome is unknown, although it typically occurs after infection with certain viruses, such as influenza (flu) Influenza (Flu) Influenza (flu) is a viral infection of the lungs and airways with one of the influenza viruses. It causes a fever, runny nose, sore throat, cough, headache, muscle aches (myalgias), and a general... read more or chickenpox Chickenpox Chickenpox is a highly contagious viral infection with the varicella-zoster virus that causes a characteristic itchy rash, consisting of small, raised, blistered, or crusted spots. Chickenpox... read more

. Now that aspirin use has declined and chickenpox is less common because of vaccination, only about 2 children a year in the United States develop Reye syndrome. The syndrome occurs mainly in children younger than 18. In the United States, most cases occur in late fall and winter.

Reye syndrome varies greatly in severity. The syndrome begins with the symptoms of a viral infection, such as an upper respiratory tract infection, influenza, or sometimes chickenpox. After 5 to 7 days, the child suddenly develops very severe nausea and vomiting. Within a day, the child becomes sluggish (lethargic), confused, disoriented, and agitated. These changes in the child's mental condition are caused by increased pressure within the skull (intracranial pressure) and are sometimes followed by seizures Seizures in Children Seizures are a periodic disturbance of the brain’s electrical activity, resulting in some degree of temporary brain dysfunction. When older infants or young children have seizures, they often... read more , coma Stupor and Coma Stupor is unresponsiveness from which a person can be aroused only by vigorous, physical stimulation. Coma is unresponsiveness from which a person cannot be aroused and in which the person's... read more , and death.

In some children, the liver does not function correctly, which may lead to blood-clotting problems and bleeding and a buildup of ammonia in the blood.

To confirm the diagnosis of Reye syndrome and rule out other diseases, such as certain hereditary metabolic disorders, doctors do blood tests and often remove a piece of liver tissue using a small needle (liver biopsy Biopsy of the Liver Doctors can obtain a sample of liver tissue during exploratory surgery, but more often they obtain a sample by inserting a hollow needle through the person's skin and into the liver. This type... read more ). Doctors do computed tomography Imaging Tests Diagnostic procedures may be needed to confirm a diagnosis suggested by the medical history and neurologic examination. Electroencephalography (EEG) is a simple, painless procedure in which... read more

(CT) or magnetic resonance imaging Imaging Tests Diagnostic procedures may be needed to confirm a diagnosis suggested by the medical history and neurologic examination. Electroencephalography (EEG) is a simple, painless procedure in which... read more

(MRI) of the head and may also do a spinal tap Spinal Tap Diagnostic procedures may be needed to confirm a diagnosis suggested by the medical history and neurologic examination. Electroencephalography (EEG) is a simple, painless procedure in which... read more

Once the diagnosis is confirmed, the level of severity is staged from I (lowest) to V (highest) based on the symptoms and test results.

The child’s prognosis depends on how long and how severely the brain was affected, whether the illness progressed to coma, the severity of increased pressure on the brain, and the level of ammonia in the blood.

The overall chances that the child will die are about 21% but range from less than 2% among children with mild disease (stage I) to more than 80% among children in a deep coma (stage IV or V). Many children who survive the acute phase of the illness recover fully. However, children who had more severe symptoms may later have signs of brain damage, such as intellectual disability, a seizure disorder, or muscle weakness. Abnormal muscle movement or damage to specific nerves may also occur.

There is no specific treatment for Reye syndrome.

Children are hospitalized and placed in an intensive care unit Types of units People who need specific types of care may be put in special care units. Intensive care units (ICUs) are for people who are seriously ill. These people include those who have had a sudden, general... read more . To reduce swelling and pressure on the brain, doctors may place a tube into the windpipe (endotracheal intubation) and provide a higher than normal breathing rate (hyperventilation), restrict fluids, elevate the head of the bed, and give drugs (such as mannitol) that force the body to get rid of water. Doctors also give dextrose to maintain a normal level of sugar (glucose) in the blood. Occasionally, doctors place a pressure-measuring device inside the head to monitor the increased pressure on the brain.

Children with bleeding problems may be given vitamin K Vitamin K Deficiency Vitamin K deficiency is most common in infants, especially those who are breastfed. The deficiency can cause bleeding; therefore, all newborns should be given a vitamin K injection. Bleeding... read more or fresh frozen plasma Plasma People are sometimes given transfusions of whole blood during severe bleeding (for example after an injury or pregnancy complications), but usually they are given only the blood component they... read more 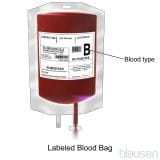 to improve their blood clotting function.