Could Pelvic Pain be Endometriosis? 3 Signs to Discuss With Your Doctor—Commentary

For women suffering from pelvic pain, pain can sometimes be excruciating, often accompanied by uncertainty and frustration. It can be a real challenge for women and their doctors to figure out what’s causing this pain and how to get rid of it.

During National Endometriosis Awareness Month, it’s worth learning a bit more about endometriosis—a cause of pelvic pain that can go undiagnosed for years.

Endometriosis affects between six and 10 percent of all women and three quarters of women with pelvic pain. It can cause infertility and is also more common in women who suffer from infertility.

The cause of pelvic pain can be hard to pinpoint

The pain caused by endometriosis is usually indistinguishable from other sources of pelvic pain, including menstrual pain, urinary tract infections, pelvic inflammatory disease, and even irritable bowel syndrome.

To make matters worse, endometriosis is difficult for doctors to diagnose. There’s no blood test for endometriosis, and it’s hard to spot with image testing. The only way to confirm the condition is to do laparoscopic surgery, which is more invasive than imaging tests. Some women experience relatively little pain from endometriosis and only are diagnosed when they encounter infertility issues.

As a result, women can suffer from endometriosis for years before finally getting an accurate diagnosis and beginning treatment. Many women begin experiencing symptoms during puberty but aren’t diagnosed and treated until their mid-20s.

Fortunately, there are a few indicators that pelvic pain may be caused by endometriosis.

1. If pain is worse just before, during, and after menstruation

Especially for women who develop endometriosis at a young age, it’s often assumed the pain is a result of their normal menstrual cycle. In fact, endometriosis pain often overlaps with menstrual pain. Bleeding inside and outside the uterus occurs at the same time.

But endometriosis pain often extends beyond the time of a woman’s menses. If a woman experiences pain before or after she experiences bleeding during her usual cycle, she should bring it up with her physician.  Endometriosis can also cause pain during sexual intercourse and pain during bowel movements or urination, as well as the need to urinate more frequently. However, these types of pain are often caused by disorders other than endometriosis.

Doctors may first suspect that a woman with endometriosis has a urinary tract infection or pelvic inflammatory disease. They’ll prescribe antibiotics to clear up the infection and may order a culture of the urine or cervix. If the test results come back negative and antibiotics do not help, women—and their physicians—should consider endometriosis as a potential cause of their pain.

3. If a family member suffers from endometriosis

Women who have family members with endometriosis are more likely to have the disease. However, there’s currently no genetic test to diagnosis endometriosis.

But for women suffering from pelvic pain, family history can be a useful clue. If a woman’s mother, aunt, sister or cousin has endometriosis, she should tell her doctor in their initial conversations about her own pain.

The challenges of delayed diagnosis

Delays in endometriosis diagnosis can create real challenges. The debilitating pain can mean multiple trips to the emergency department each year and make it difficult to work or go to school. It can impact a woman’s timeline for starting a family. It can create relationship issues for women who’ve mistakenly been told they’re suffering from a sexually transmitted infection.

Discussing the timing of pelvic pain, whether family members have endometriosis, and the results of cultures and antibiotic treatment with a doctor are critical in identifying the source of pain and getting an accurate endometriosis diagnosis. Typically, a primary care physician will refer a woman to an obstetrician-gynecologist to conduct a laparoscopy and diagnose endometriosis. This conversation and referrals are critical to making sure doctors consider endometriosis as a potential cause of serious pelvic pain. 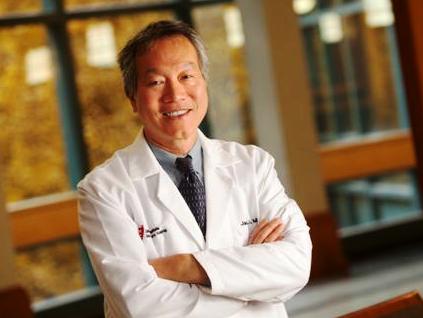